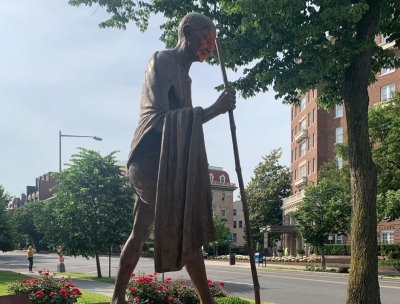 Lucknow: Congress leaders led by UPCC president Ajay Kumar Lallu, were prevented from offering floral tributes at the Gandhi statue here on Monday to mark the foundation day of the party.

As soon as Ajay Kumar Lallu and other party workers moved out of the gate of the Congress headquarters, they were stopped by police and district officials.

The official said that they did not have permission to go to Hazratganj where the Gandhi statue is installed.

This led to heated exchanges between Lallu and the police.

Congress leaders then proceeded on a fast at the party office in protest.