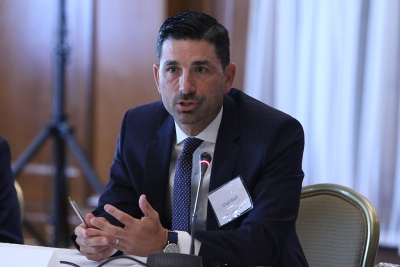 Washington: Acting US Homeland Security Secretary Chad Wolf on Thursday urged President Donald Trump to “strongly condemn” the violence that took place at the Capitol when his supporters stormed the building a day earlier.

“What transpired yesterday was tragic and sickening,” Wolf said in a statement. “While I have consistently condemned political violence on both sides of the aisle, specifically violence directed at law enforcement, we now see some supporters of the President using violence as a means to achieve political ends. This is unacceptable.”

“These violent actions are unconscionable, and I implore the President and all elected officials to strongly condemn the violence that took place yesterday,” he continued.

Wolf also noted that he will remain in his position until the end of the Trump administration to ensure “an orderly transition” to President-elect Joe Biden’s homeland security team, the Xinhua news agency reported.

Shortly after Wolf issued the statement, the White House announced in a release that Trump has withdrawn nomination of him for homeland security secretary.

Wolf, who has been serving as acting homeland security secretary for more than a year, was nominated by Trump last year to formally lead the agency but the nomination was never confirmed by the US Senate.

A White House spokesperson said on Thursday that “the withdrawal occurred yesterday and was not related at all to Wednesday’s events or the Acting Secretary’s comments this morning.”

Wolf remains the acting secretary and continues to perform the duties of his office, the spokesperson added.

Protesters in support of Trump’s futile efforts to reject the 2020 presidential election results breached the Capitol on Wednesday afternoon when the US Congress met to affirm Biden’s Electoral College victory.

Chaos and violence forced an hours-long lockdown on the Capitol grounds, which also left four people dead, with multiple injuries and dozens of arrests.

Trump has been roundly criticised for inciting the unrest with disputed claims that the election was fraudulent. A growing number of his administration’s officials have resigned in the wake of the incidents.

In another statement on Thursday, the White House said it “grieves the loss of life that occurred yesterday and extends sympathies to their families and loved ones.”

“We also continue to pray for a speedy recovery for those who suffered injury,” it added.

The US Congress reconvened on Wednesday night and affirmed Biden’s victory early Thursday morning. Later, Trump acknowledged the end of his presidency and pledged that “there will be an orderly transition on January 20”, the day he will leave office and Biden will be inaugurated.