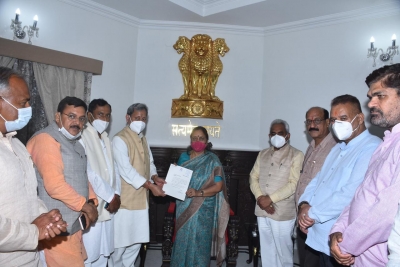 Rawat submitted his resignation to the Governor at around 11.15 p.m. He was accompanied by Uttarakhand BJP chief Madan Kaushik.

Addressing the media at his residence in Dehradun after submitting his resignation, Rawat said: “Due to constitutional crisis, I have submitted my resignation to the Governor.”

A BJP legislative party meet will be held at party headquarters Dehradun at 3 p.m. on Saturday to select his successor and central observer, Union Agriculture Minister Narendra Singh Tomar, state unit in-charge and national General Secretary, Dushyant Gautam, and Kaushik will be present in the meeting.

Sworn in as Chief Minister on March 10, replacing Trivendra Singh Rawat, Tirath Singh Rawat is currently a Lok Sabha MP and as per the rules, had to become an elected MLA within six months of taking over. However, it was unlikely bypolls would be held before his deadline of September 10.