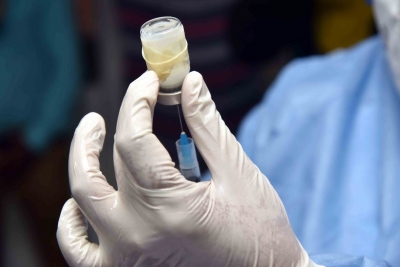 New Delhi: A dry run for the Covid vaccine will be conducted at 8 sites in the national capital on Wednesday, officials said.

The officials also informed that around 100-200 health care workers will participate in the mock drill for the vaccine roll-out across the centres.

North MCD Mayor Jai Prakash told IANS that around 60 healthcare workers from both the MCD-run hospitals are ready for the drive.

“The hospitals (Hindu Rao and Kasturba) have converted their swine flu wards into a vaccination point. Besides, two ICU beds are also provisioned by each hospital, in case a vaccine receiver witnesses any severe adverse event during inoculation of the Covid vaccine,” he said.

“Our hospitals are fully prepared for the Corona vaccine. The North DMC will follow all the guidelines issued by the Ministry of Health for the vaccine in the dry run process. Same procedure would also be adopted in the dry run of vaccination to the people, whose process is fixed for the actual vaccination,” he added.

The dry-run in Delhi began last week starting with the three sites. Guru Teg Bahadur Hospital, Shahdara, the Urban Primary Health Centre, Daryaganj, and Venkateshwar Hospital, Dwarka, were the first in the national capital to conduct the dry-run on Saturday. 25 healthcare workers from each centre had undergone the mock drive.