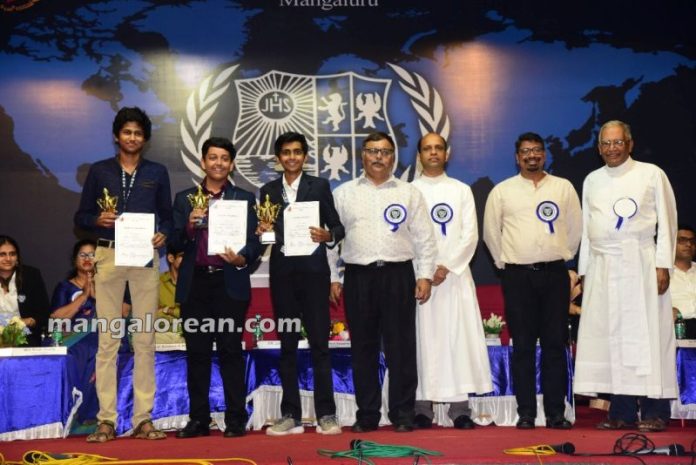 Mangaluru: The valedictory ceremony of St. Aloysius Pre-University Model United Nations (SAPMUN) was held on 6 November 2022. A glittering ceremony brought down curtains to three days of thought-provoking debates and discussions with resolutions on issues like the human rights violations in Ukraine, the implementation of the Agneepath, the increased militarization in the Middle East, income disparity in the workplace, the issues in Taiwan and more under seven committees like UN, UNHRC, UNSC and Lok Sabha. Nearly 300 delegates participated in this annual event. 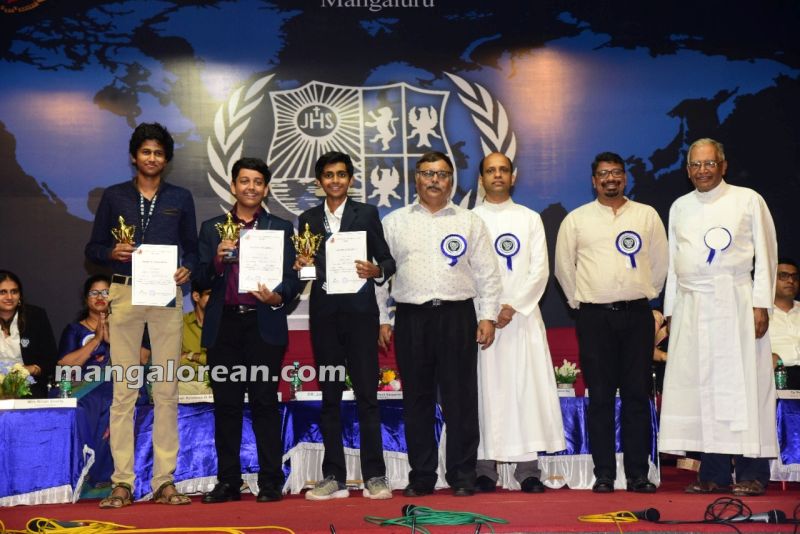 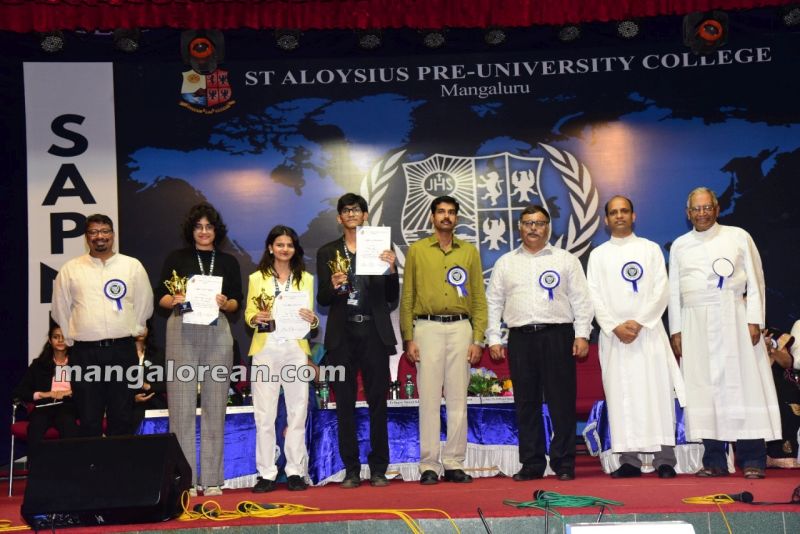 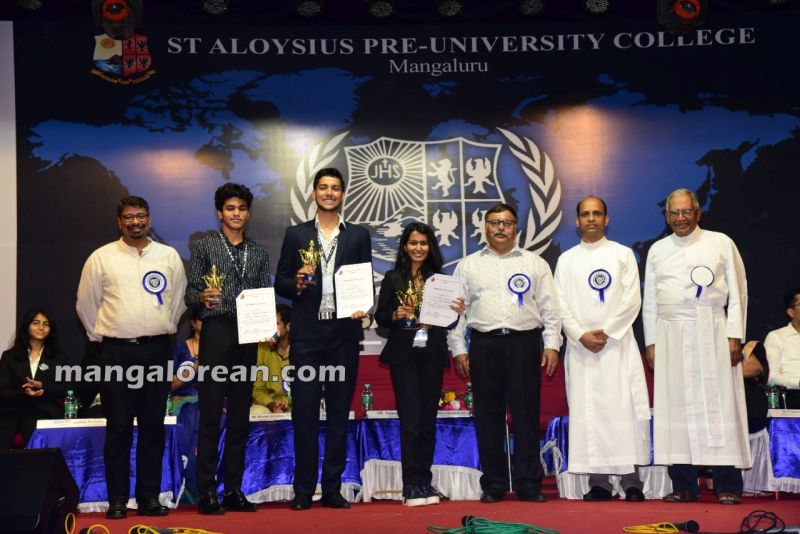 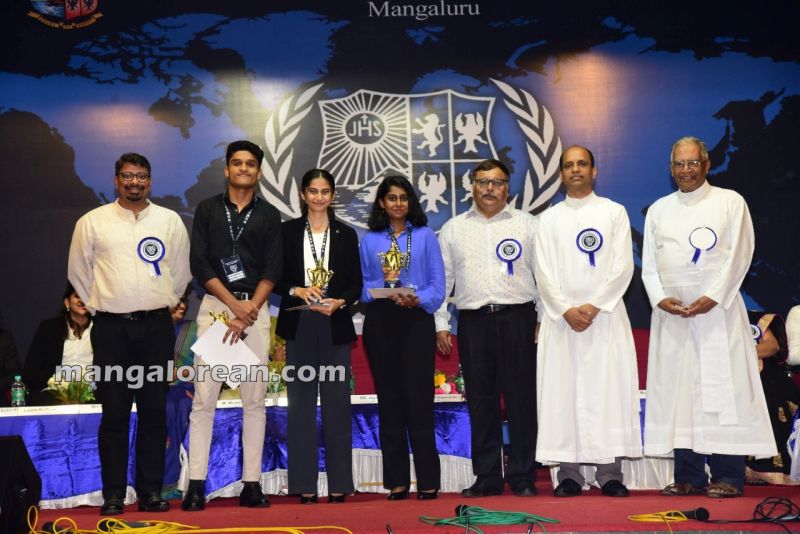 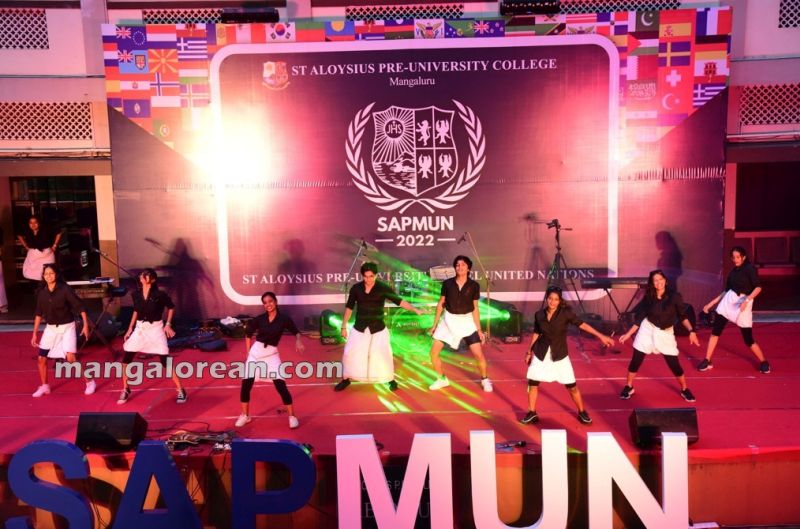 The valedictory commenced with a solemn prayer. A dance drama depicting mythological characters with a message for upcoming leaders to stick on to their resolutions and promises and avoid wars welcomed the audience. Ms Michelle John welcomed the dignitaries and introduced the Chief Guest, Dr Jayaraj Amin, Professor and Chairman of the Department of Political Science, Mangalore University to the gathering.

The Chief Guest congratulated the college and the organizing committee for conducting such an event which benefits the youth in understanding the global order. He noted how strong nations today have violated the UN Charter and that it was crucial to strengthen the UN to bring a common ground on global issues. Dr Amin pointed out that in today’s scenario global issues cannot remain in isolation and will affect national interests too. He emphasized how such educational simulations help to improve the reading and research skills of students along with understanding the nuances of the working of these important organisations. Dr Amin explained that discussions and resolutions held during the event will help in polishing their diplomatic and negotiating skills and will help them to broaden their outlook on relevant issues in days to come. He urged the students to take the friendships created with the other delegates further by bonding with different groups and communities and ultimately strengthen democracy.

Rev. Fr Pradeep Sequeira SJ, Finance Officer, SAPUC who has assumed several leadership roles in his sixty years of service in Education as a Jesuit, presided over the ceremony. In his message, he spoke on how conflicts are a lose-lose situation for everyone involved and the need of resolving them through dialogue and discussions. He motivated the delegates to practice the skills of negotiations in their day-to-day life and learn to disagree to agree and agree to disagree without weakening the trust and affection of others.

The Director General of SAPMUN 2022, Mr Vinay Mayekar spoke about how current global crises transcend national boundaries and that it was discussions that are the key to solving these issues. He expressed his satisfaction at the outcome of the productive meeting, praised the organizational skills of the core committee and declared the closing of SAPMUN 2022.

The results for each committee were announced by their respective chairpersons-

The vote of thanks was proposed by Student Vice-President Ms Jassica Santhmayor and the valedictory program was compered by Ms Faye Rodrigues. The Staff Incharges- Ms Sabina Manjunatha, Department of English, Ms Anisha Andrade, HoD, Department of Mathematics and Ms Chandrakala, Department of Arts guided the Student Convenors in organising this mega event meticulously and making this programme highly successful and memorable.