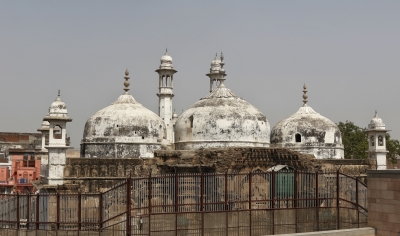 Varanasi: In a jolt to Hindu petitioners, a Varanasi court, on Friday, rejected the petition seeking carbon dating of the purported ‘Shivling’ found in the Gyanvapi mosque complex.

Hindu petitioners said that they would study the verdict and then decide whether to approach the high court.

The petitioners had claimed that the ‘Shivling’ found in the ‘wuzu khana’ or reservoir of the mosque during survey work on May 16 was part of the property.

The Hindu side demanded carbon dating and other scientific tests of the Shivling-like structure.

The Gyanvapi Masjid committee had opposed the carbon dating plea filed by the Hindu side.

They contended that it was necessary to determine its age. The women have claimed that ancient idols of Hindu Gods and Goddesses are located inside the mosque.

The mosque committee objected to scientific investigation, arguing that the case was about worshipping at a shrine inside the mosque and had nothing to do with its structure. The object being called a ‘Shivling’ is actually a “fountain”, they argued.

Last week, the court asked if the purported ‘Shivling’ can be made a part of the case and whether a scientific investigation can actually be ordered.

Vishnu Shankar Jain, lead advocate for Hindu women, told reporters that he tried to convince the court on both counts.

“We said two things – that in our prayer we asked for rights to pray before visible and invisible deities inside the mosque complex. The Shivling was earlier covered by water and when the water was removed it became a visible deity and so it is part of the suit,” he said.

On September 12, the Varanasi district judge dismissed a challenge by the mosque committee that argued that the case by the Hindu women seeking permission for year-long worship inside the mosque complex has no legal standing.

Their challenge was rejected on all three counts they cited. The most important of these is the 1991 law, which freezes the status of a place of worship as it existed on August 15, 1947. The petitioners do not want ownership, just the right to worship, the court ruled.

Earlier this year, a lower court in Varanasi ordered the filming of the centuries-old mosque based on the women’s petition. The videography report, controversially leaked by the petitioners, claimed a ‘Shivling’ was found in a pond used for ‘Wuzu’ or the mandatory purification rituals before Muslim prayers.

The Gyanvapi mosque, located in Varanasi, the constituency of Prime Minister Narendra Modi, is one of the several mosques that Hindu hardliners believe were built on the ruins of temples.

It was one of the three temple-mosque rows, besides Ayodhya and Mathura, which the BJP raised in the eighties and nineties, that gained national prominence.