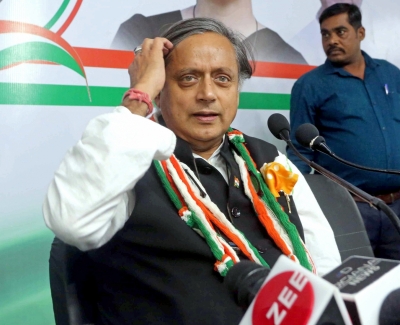 New Delhi: Ahead of counting of votes cast in the election for a new Congress President, Salman Soz — the election agent for Shashi Tharoor, who is contesting against Mallikarjun Kharge — has complained about violation of polling norms.

“We don’t write love letters to central election authorities, don’t want to get into the specifics as it’s an internal matter and that would be inappropriate but we have been in constant touch with the party’s Central Election Authority (CEA) to flag our concerns,” he said on Wednesday.

As per sources, Tharoor has complained about absence of a level playing field for the both candidates. The CEA had barred office-bearers from campaigning for any candidate. But in some places, the office-bearers openly supported Kharge which was objected to by Tharoor.

The party is set to witness a non-Gandhi occupying the top post after more than two decades.

Prior to counting of votes, all the ballot papers from all the states were mixed to ensure a fair process. Results will be announced later in the day.

Since 1998, Sonia Gandhi has been the president, while Rahul Gandhi occupied the post for a brief period and resigned following the 2019 Lok Sabha poll debacle.

The first challenge before the new president would be to resolve the ongoing political tussle in Rajasthan Congress.