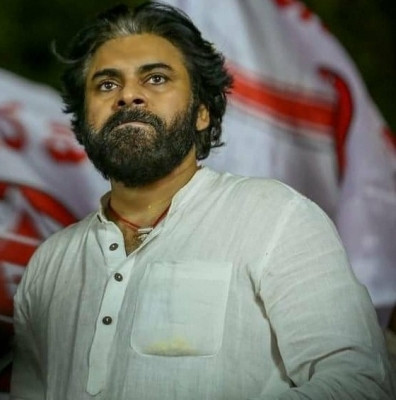 Visakhapatnam: Visakhapatnam police on Sunday issued a notice to Jana Sena leader and actor Pawan Kalyan directing him not to hold any rally or meeting in view of the prohibitory orders in the east zone of the city in Andhra Pradesh.

The notice was issued as Pawan was to conduct a meeting in the city under ‘Janavani’ programme aimed at receiving grievances from people.

The notice blamed Pawan Kalyan for Saturday’s incident at Visakhapatnam Airport where convoys of ministers and YSR Congress Party (YSRCP) leaders were attacked by a mob.

The actor accepted the notice in protest and made it clear that he was no way connected with the gathering of people at Visakhapatnam Airport as his flight from Hyderabad landed at 4.40 p.m.

Showing the notice to the media persons, Pawan Kalyan said this was the award for standing by the people. He said he was ready to face cases, go to jail and receive lathi blows in the fight against “criminalisation of politics”.

Pawan Kalyan said that he take the notice in his stride as he is here for a continuous and long battle. He said when he decided to enter politics, he knew very well that it would be a long battle.

“I know there is no politics without facing cases, going to jail and receiving the blows. We are accepting the challenge. We are prepared to go to jail and face cases but we will not stop questioning the wrongdoings of those in power,” he said.

Pawan said 28 leaders and workers of Jana Sena were arrested for the airport incident and they were booked for attempt to murder and other serious offences.

He said the police notice was an attempt to implicate him in the case and reiterated that Jana Sena was in no way connected with what happened at the airport.

It was mentioned in the notice that orders under section 30 of Police Act are in force since October 1 in West Zone limits of Visakhapatnam city prohibiting the gatherings, meetings, processions, rallies, among others.

“Inspite of the promulgated orders in force, you being the leader of Jana Sena Party led a group of more than 500 people gathered at Airport, Visakhapatnam around 16.30 hours and conducted a huge rally via Nad junnction to Novotel Hotel, Beach road. The mob consisting of followers of JSP under your leadership attacked ministers, civilians and police officials and caused disturbance to public order and committed grave offences in which public representatives, some civilians and police officers sustained grievous injuries. Further, it caused disturbance to the public peace and tranquility,” read the government’s notice.

The police directed not to organise any meeting or rally and warned that in case of any violation, legal action will be taken against him.