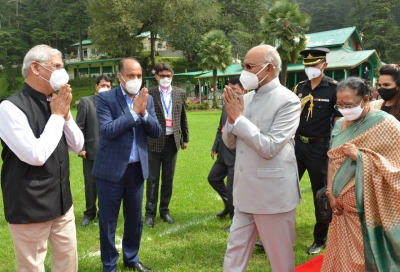 Warm send off to President Kovind in Shimla

President Ram Nath Kovind was also presented a photo album comprising collection of photographs during the visit by the Chief Minister, an official statement said.

The President arrived in Shimla on Thursday on a four-day visit to Himachal Pradesh.