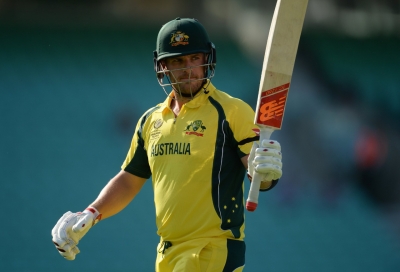 Warning is a fair thing to do; I’m not a big fan of ‘Mankading’, says Finch

Canberra: Australian T20I skipper Aaron Finch indicated what his pace bowler Mitchell Starc did — warn England captain Jos Buttler about being out of his crease — was a fair thing to do, rather than effect a ‘Mankad’ dismissal in the third and final T20I at the Manuka Oval on Friday evening.

The final T20I was abandoned due of rain with Australia, chasing 112/2 in 12 overs, managing to reach 30/3 in 3.5 overs before the match was called off. England took the series 2-0, having won both the T20Is by identical eight-run margins.

Following the match being abandoned, Finch said he was not a great fan of ‘Mankading’ and that a warning to batters at the non-striker’s end to remain within the crease was sufficient.

Australia’s Starc appeared to warn Buttler about being out of his crease, and the chatter was picked up on the stump mic.

In the post-match press conference, though Finch said he was unaware of what transpired between Starc and Buttler during the rain-interrupted match, he added it was fair to offer a warning to the batter, but admitted he wasn’t a personal fan of the method of dismissal.

“I wasn’t aware, had no idea about that,” Finch was quoted as saying by zerowicket.com. “I think if batters get a warning then it’s fair game after that. That would go for most teams, I assume, if you give the batter a warning that they are getting a little too much ground before the ball is bowled. But I’m not a big fan of it, to be fair, personally.”

‘Mankading’ recently hogged the headlines after last month’s controversial dismissal of England’s Charlie Dean by India spinner Deepti Sharma at the non-striker’s end during the third and final women’s ODI at Lord’s.

The incident prompted MCC to clarify the rules around such a dismissal, changing it from “unfair play” to “run out” in the game’s laws.