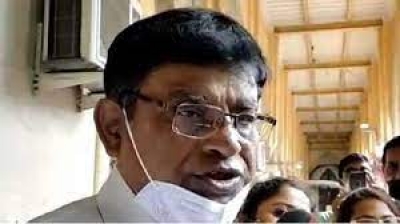 ED sources said that Bhattacharya was summoned to the agency office at Salt Lake in the northern outskirts of Kolkata on Monday afternoon. There he was grilled throughout the night and finally on Tuesday morning the ED sleuths showed him as arrested.

In the first charge sheet that was presented at a special court last month, the ED named Manik Bhattacharya and also mentioned some details on how he played a key role in the recruitment irregularities scam.

The agency also mentioned in the charge sheet about some telephonic communication between Bhattacharya and the former West Bengal education minister, Partha Chatterjee that clearly hinted towards the former WBBPE president’s involvement in the scam. Partha Chatterjee is already in judicial custody in the case.

Bhattacharya will be presented at a special court of ED on Tuesday only. To recall, Manik Bhattacharya had a shield from arrest by the Central Bureau of Investigation (CBI) till October 10. However, there was no such restriction on the ED from taking similar steps. The ED exercised that advantage and that too hours after the apex court-provided shield for Bhattacharya expired.

ED sources said that Bhattacharya played a key role in increasing the actual number scored by ineligible candidates to accommodate them in the recruitment process.

“There are a host of other allegations, including illegal collection of money from individuals getting admission in Bachelor of Education colleges in the state. He also indulged in massive irregularities in the teachers’ eligibility test for the recruitment of primary teachers in different state- run schools in West Bengal,” an ED official said. It is also alleged that he selectively increased the marks of some candidates in teachers’ eligibility test after some errors were detected in the question paper of the entrance test.

Reacting on the arrest, Trinamool Congress’s Rajya Sabha member, Dr Santanu Sen said that although the party does not have any comment to offer on the development, they want the central investigative agencies to complete their investigation as early as possible without dragging it for an indefinite period to give advantage to any political party.

Welcoming the move by the ED, the BJP’s state spokesperson, Samik Bhattacharya said that the central agencies are moving in the right direction and slowly more heavyweights in the case will be netted.

The CPI(M) central committee member, Sujan Chakraborty said Manik Bhattacharya’s arrest was inevitable. “He was trying to evade the arrest by adopting a number of techniques, but ultimately could not avoid that,” he said.