Home Mangalorean News Local News We are proud of him: Narayana Murthy on son-in-law Rishi Sunak 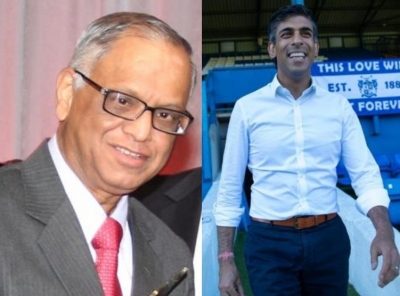 We are proud of him: Narayana Murthy on son-in-law Rishi Sunak

Reacting to son-in-law Sunak’s victory, Murthy on Tuesday said that “he was proud of him and wished him success”.

“Congratulations to Rishi. We are confident that he will do his best for the people of United Kingdom,” he said.

Bommai said the Britishers ruled India for over 200 years and they would have never expected such a big development.

“Today, Indians are on all fronts and have got elected as MPs in several countries. Now, Rishi Sunak has got elected as the new Britain PM. The wheel of fortune has turned completely,” he said.