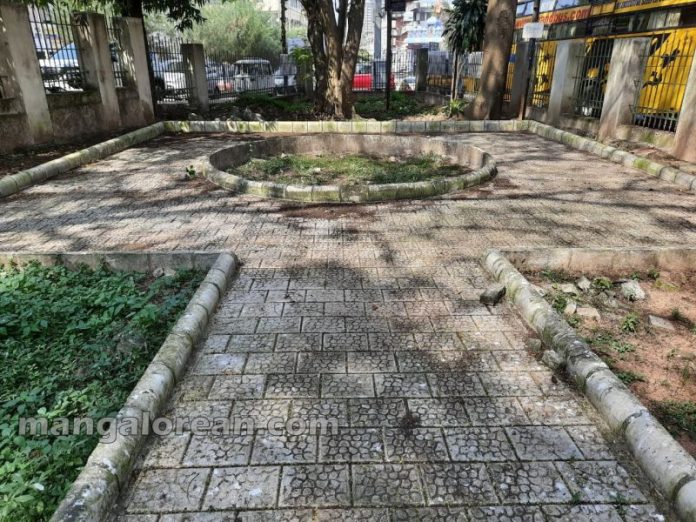 Website Impact! ‘Something Is Better Than Nothing’ as the saying goes, the Rs 14 Lakhs Mallikatte Park Now CLEANED

Following the report “Rs 14 Lakhs New Mallikatta Park is Nothing but a Breeding Place for MOSQUITOES” published on 22 October in Mangalorean.com, as they say, ” Something is Better Than Nothing”, at least for now, the concerned have taken action by CLEANING the PARK, which was filthy and pathetic a few days ago before the news was highlighted. A few months ago the park was completed after spending nearly Rs 14 lakhs, but looking at the present condition of the work completed, it didn’t even look like Rs 14 lakhs or even more has been spent, because there was no development seen other than a few dividers, levelled areas, or concrete pathways. So how can this work be Rs 14 lakhs worth? And now with the additional funds yet to come in to start the work, the entire area looked shabby, with garbage, empty liquor/beer bottles, gutka/chewing tobacco wrappers, empty cigarette packs/butts etc. 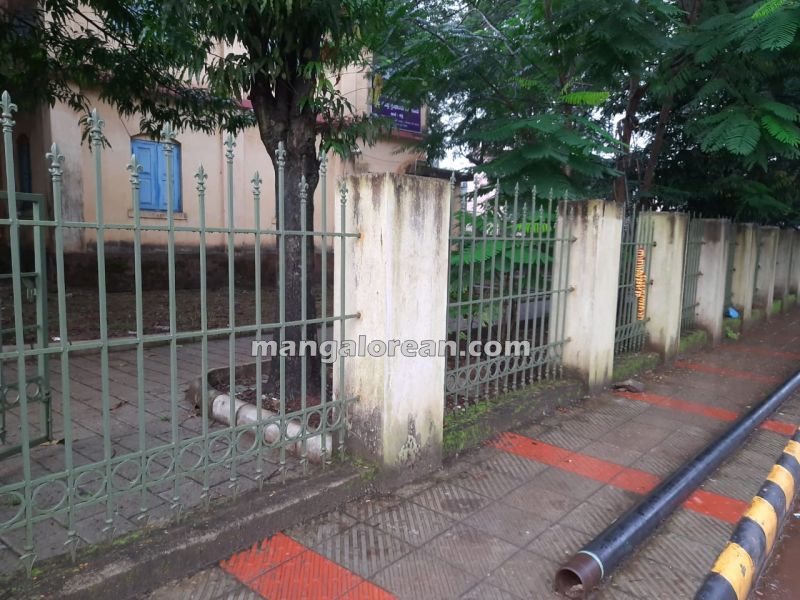 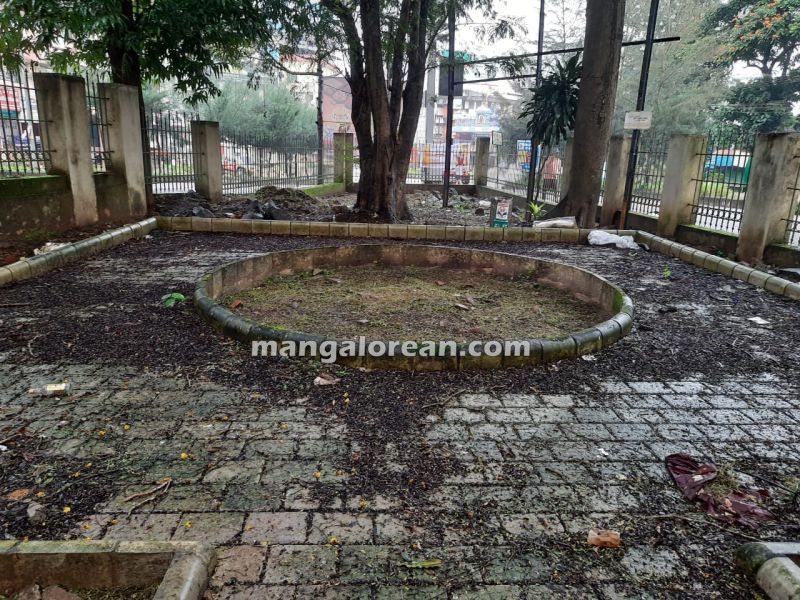 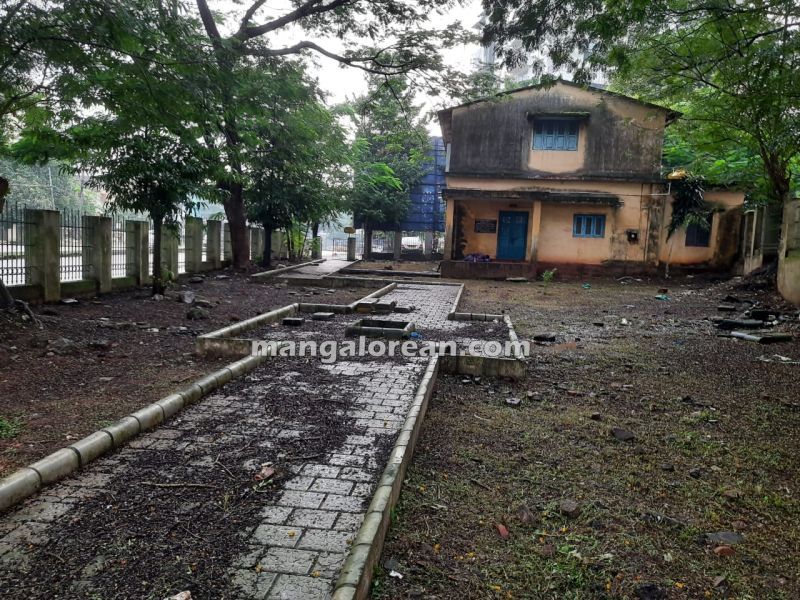 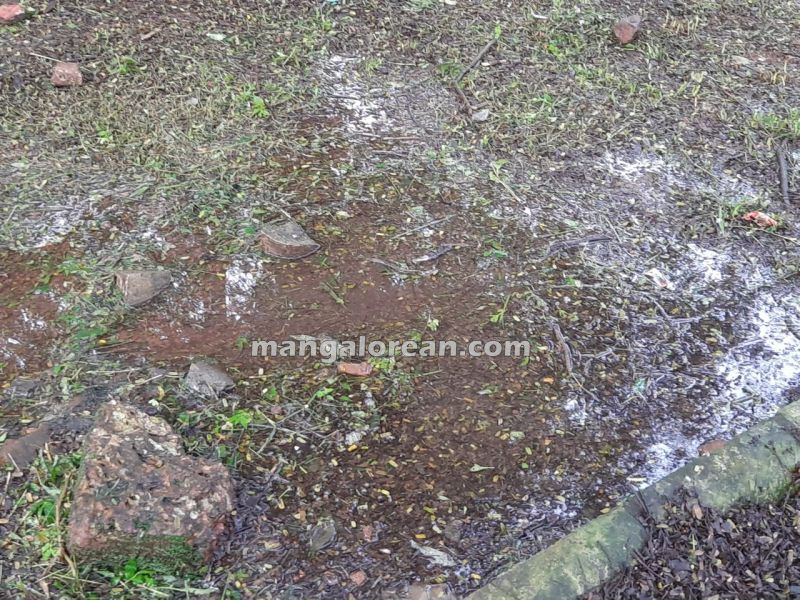 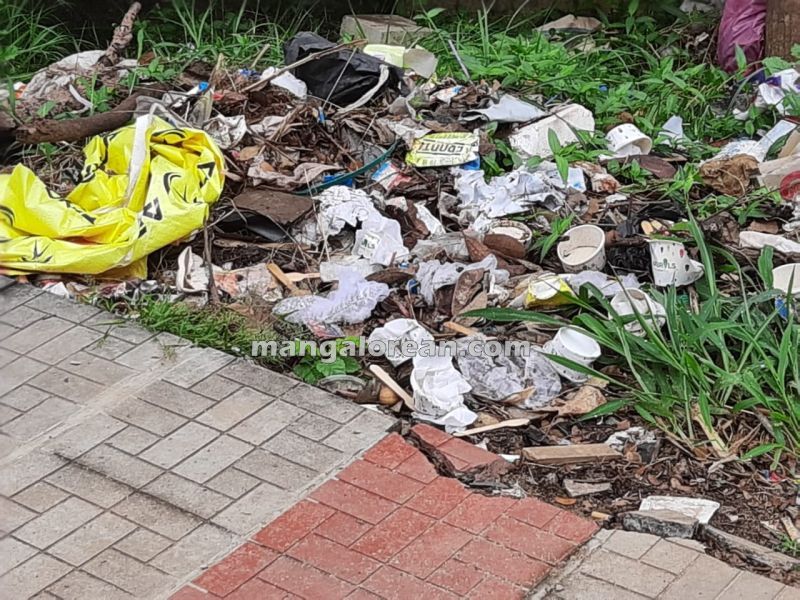 The whole area was stinking with urine and rotten garbage. The only DEVELOPMENT seen in recent days was a FENCING done around the park, which stopped the drunkards and dopers loitering around. Other than that there has been no development in the Park, just a concrete pathway, hardly used by anyone due to the pathetic surroundings. Drunkards who bought liquor from a liquor shop across the park used to consume it in the park and lie drunk, and also the park was a haven for dopers. In the same park lies a public library which opens late in the afternoon, which mostly seniors patronize, and there had been numerous complaints from the library staff and seniors about the nuisance created by these homeless/migrants – where they discard their garbage all over the place. But until now no action has been taken by the concerned authorities. The park area looked miserable, and with an existing public library it is a shame to see a few drunkards and homeless loitering or sleeping on the premises- and due to this many library patrons have stopped coming to the library. 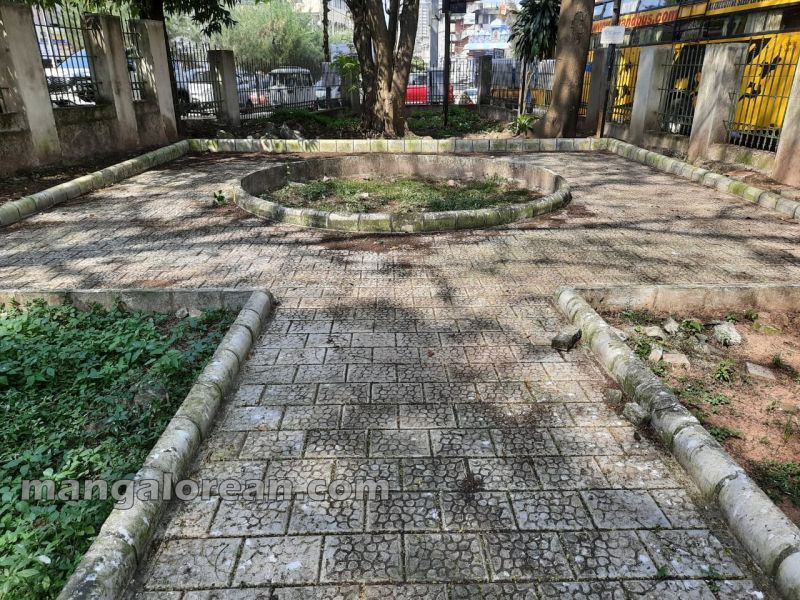 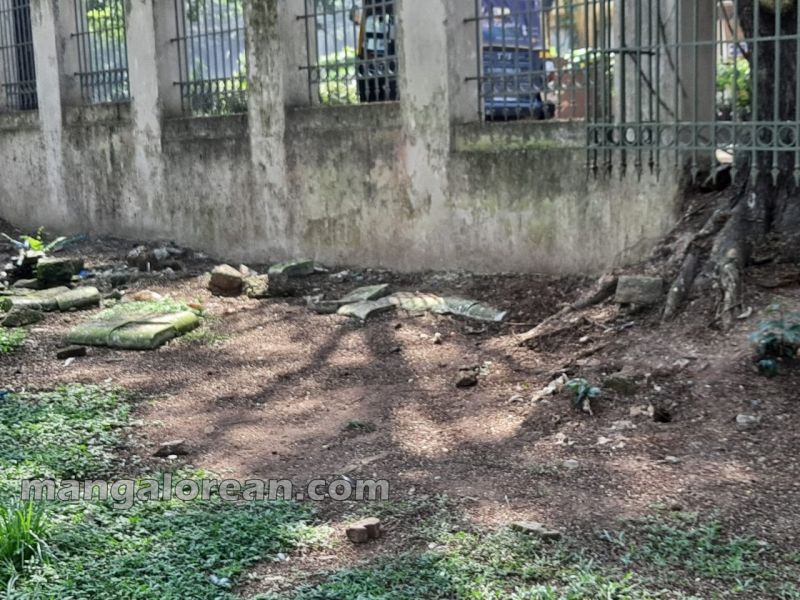 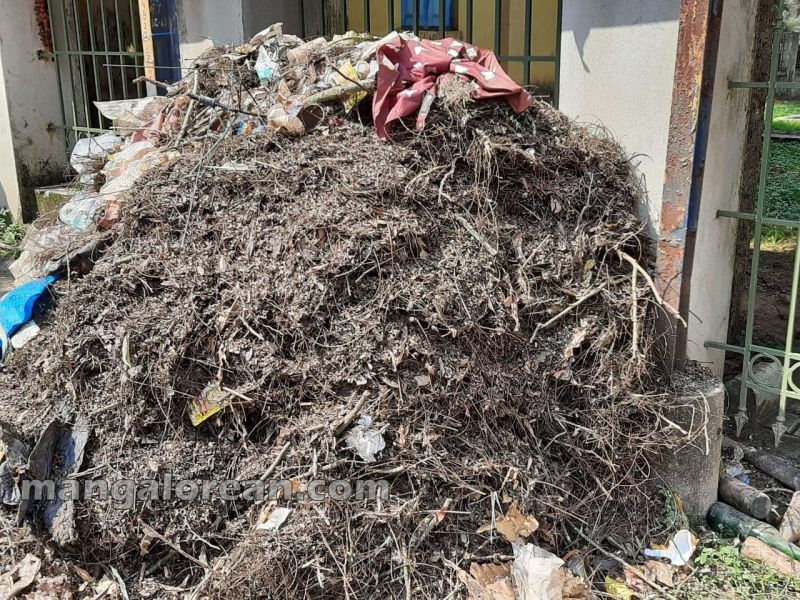 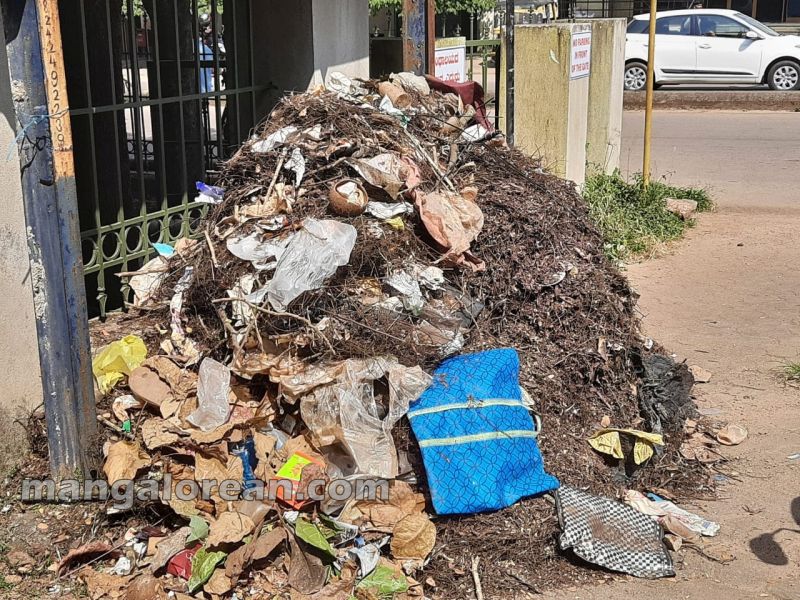 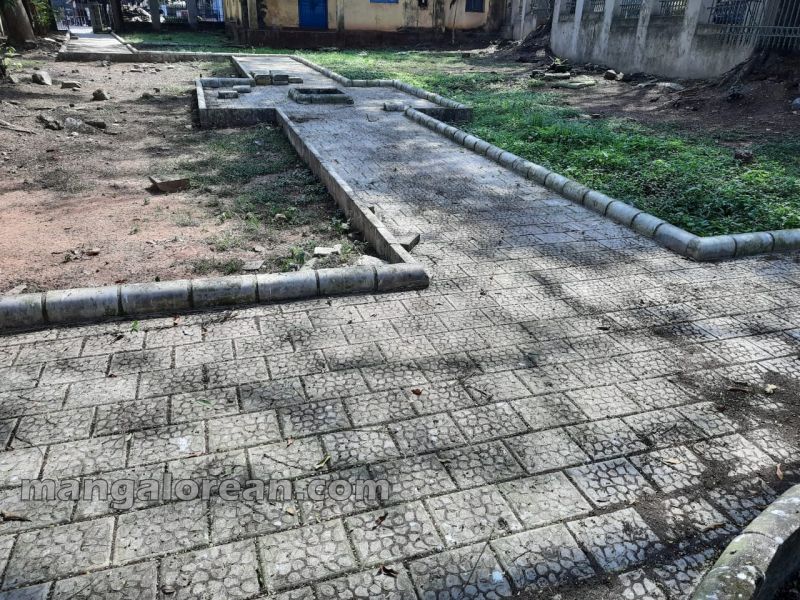 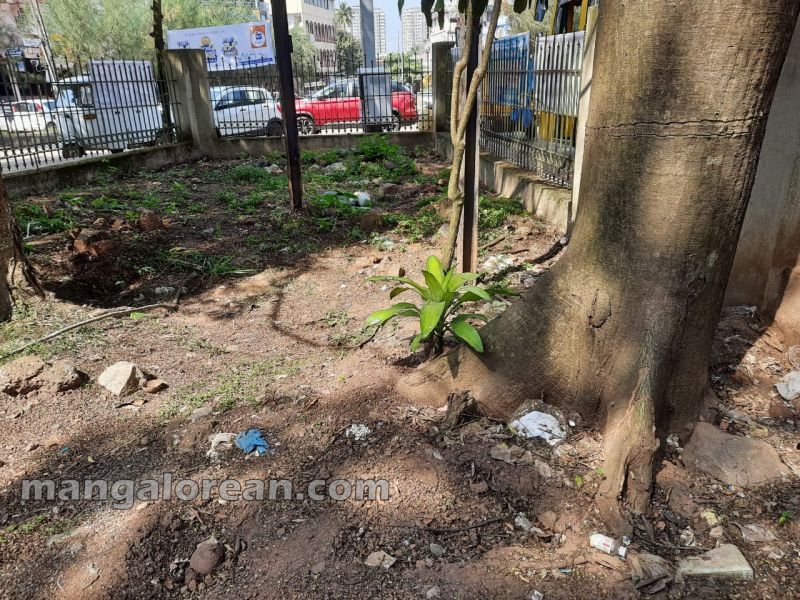 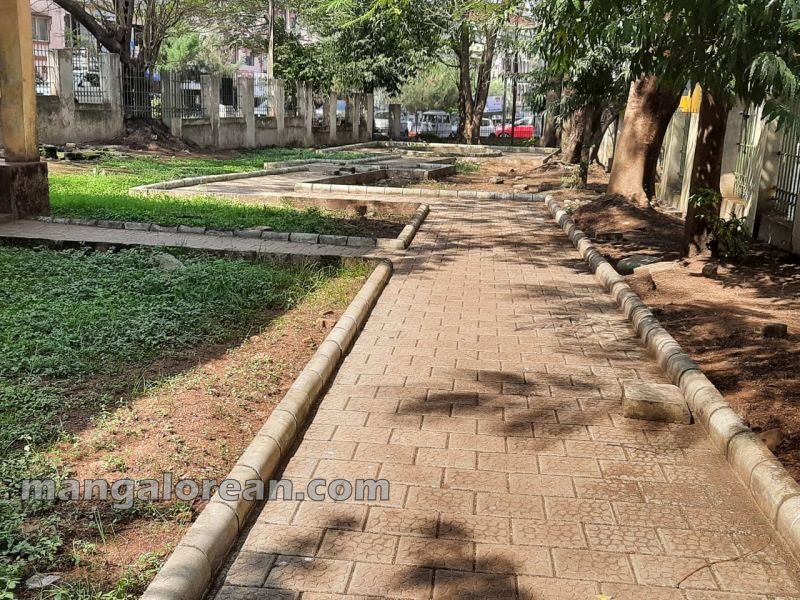 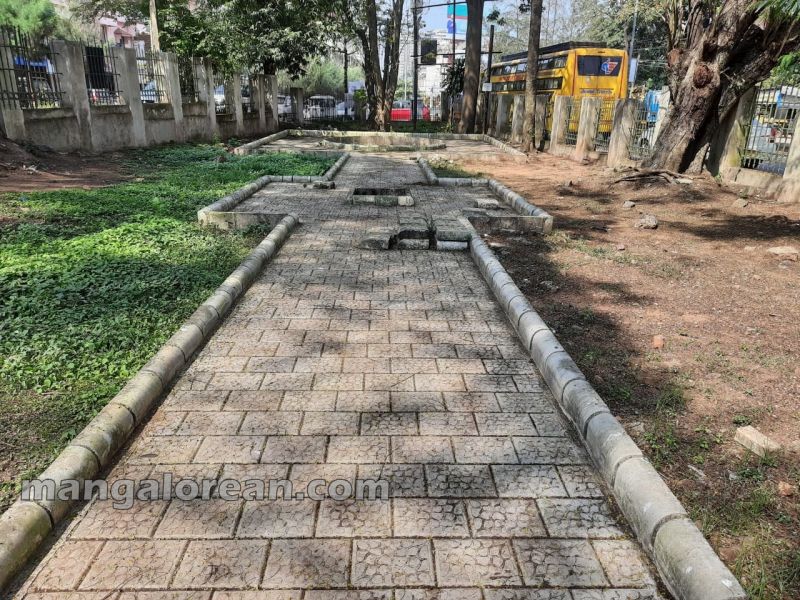 You could also notice people urinating and for other unwanted needs. Even though we call this a SMART CITY, having such a public library surrounded by drunkards and filth, showed a negative picture of Smartness, and also the negligence and carelessness of our elected netas- who are quick to erect a hoarding boasting about their development work, but showing negligence in reality. The library and the park were totally neglected by political representatives, the officials of district administration and Mangaluru City Corporation until the issue was highlighted in Mangalorean.com, and the Park has been CLEANED as of now, till it gets DIRTY again. Hope not!