Home Mangalorean News Local News Welcome Visitors to Sultan Battery! But Drive or Ride at Your Own... 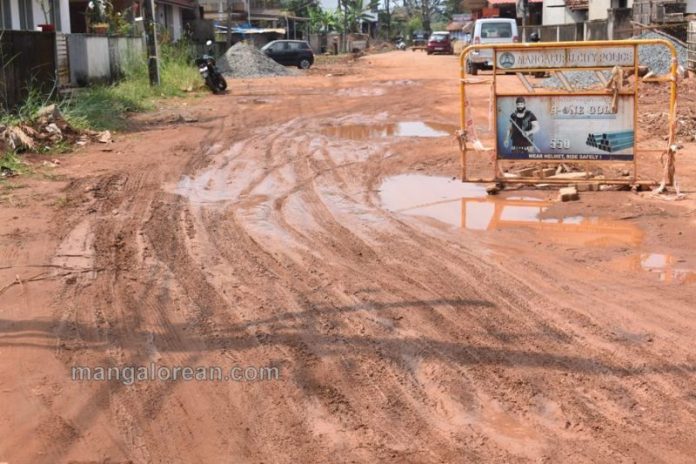 Welcome Visitors to Sultan Battery! But Drive or Ride at Your Own Risk to Reach There!

Mangaluru: The Sultan Batheri aka Sultan Battery watchtower, was constructed in 1784 by Tipu Sultan in Boloor, Mangaluru in the era of the emperor Tipu Sultan such that now the area surrounding the decaying structure is its namesake. The watch tower was constructed 15 years before his death in 1784 AD. Sultan Battery was built of black stones and constructed to obstruct warships from entering the river which was the major route for English invasion but was then retrieved from the English by Tipu Sultan. It was also used as a fort with mounting places for cannons to prevent Britishers from entering Mangaluru by sea. 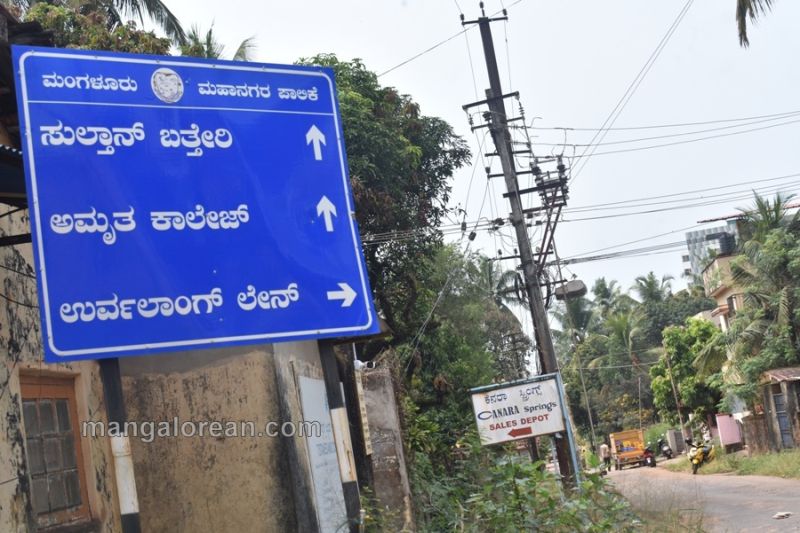 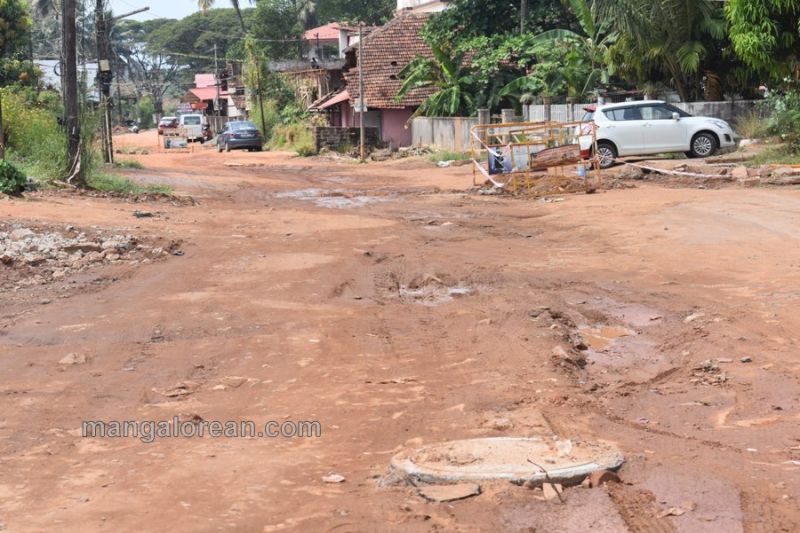 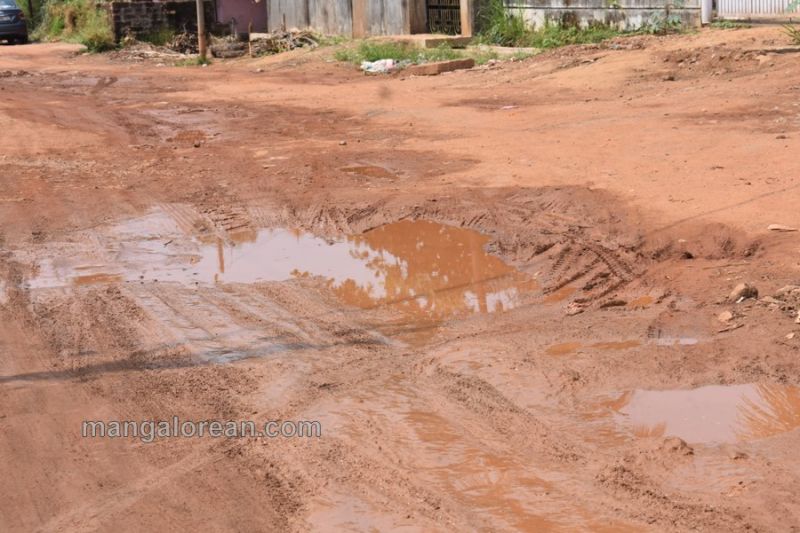 There is an underground storage area under the tower that was used to store gunpowder. As per historians, this underground has a secret route which leads to Mysore. Unfortunately, now it is closed and locked by Indian Tourism Authorities. If one climbs to the top of the watchtower by the stairs, there is a panoramic view of the Arabian Sea that shows a blend of natural and man-made beauty. It is now nearly deserted with a few shacks and a boating club nearby, but it is gathering popularity among tourists. Now, this monument is protected by the central government of India and all responsibility is on the Archaeological Survey of India Bangalore Circle. And such a historical place is one of the sightseeing places of Mangaluru, where many visitors go there. 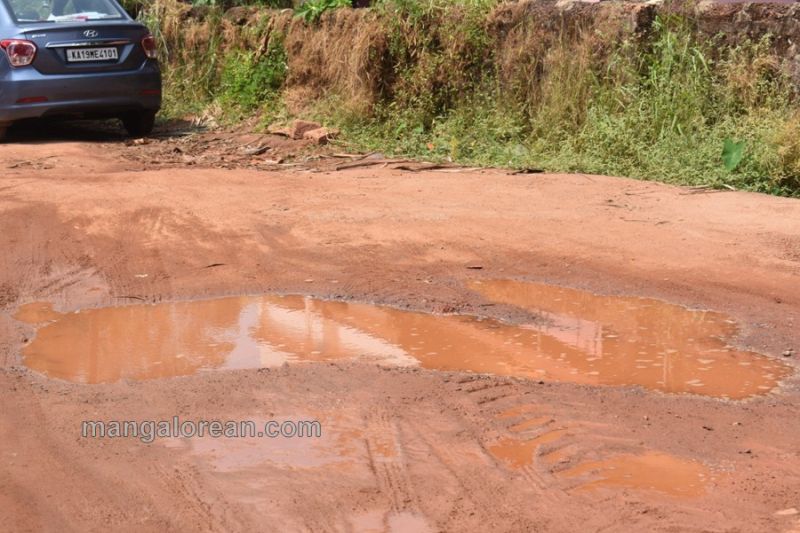 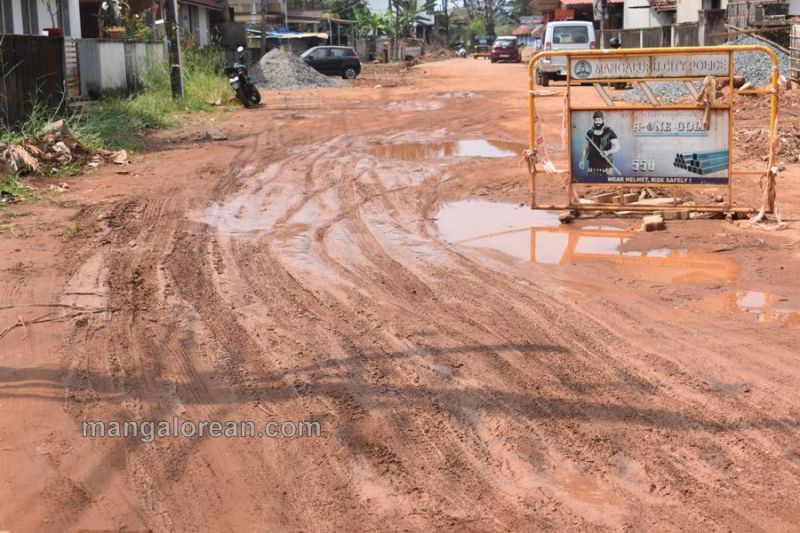 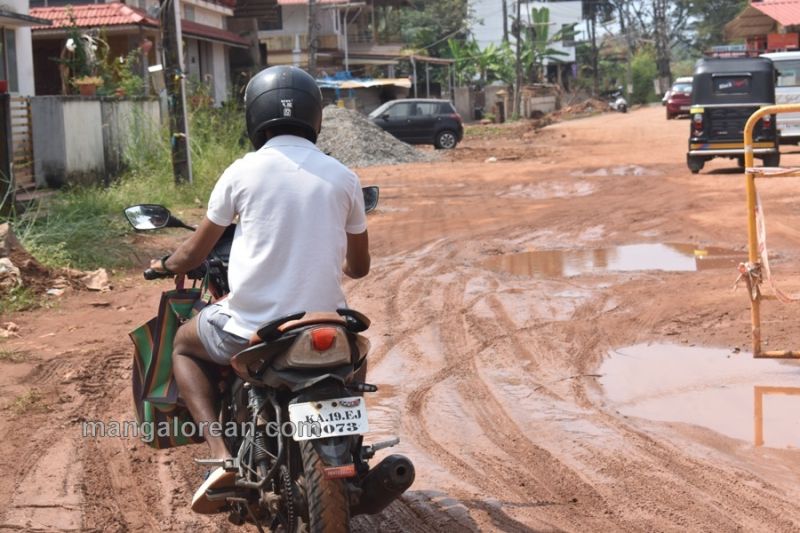 But unfortunately, the stretch of road from Urwa Market to Sultan Battery is treacherous and pathetic, filled with potholes, slush, mud, construction debris etc. And it has been in that condition for a couple of years, and the concerned authorities, including Mangaluru Smart City Ltd, have turned a blind eye towards it. Not only this pathetic stretch of road leads to the historic site, but there is also a School, Social Club, houses, and apartments, and it has been a nightmare for people navigating through this road to reach their destinations. Vehicles plying on this pathetic road have taken a beating, and many have landed up paying big bucks in repairing their vehicles.

This stretch of road looks like a dirt track or could be called a “Gutter”, and it is a shame that we call this a SMART CITY, having such a pathetic and dilapidated road, putting the lives of commuters and motorists in RISK. Mounds of earth, broken bricks, pits and rubble lead the way to many destinations at the end of this pathetic road in the City. While the City officials are busy RENAMING Circles and streets, have ignored REPAIRING bad roads. Recently there was a banquet at the Boat Club near Sultan Battery that forensic doctors from all over India had attended, and they were ashamed to see such a dilapidated road in the so-called Smart City and poured out a few criticisms. 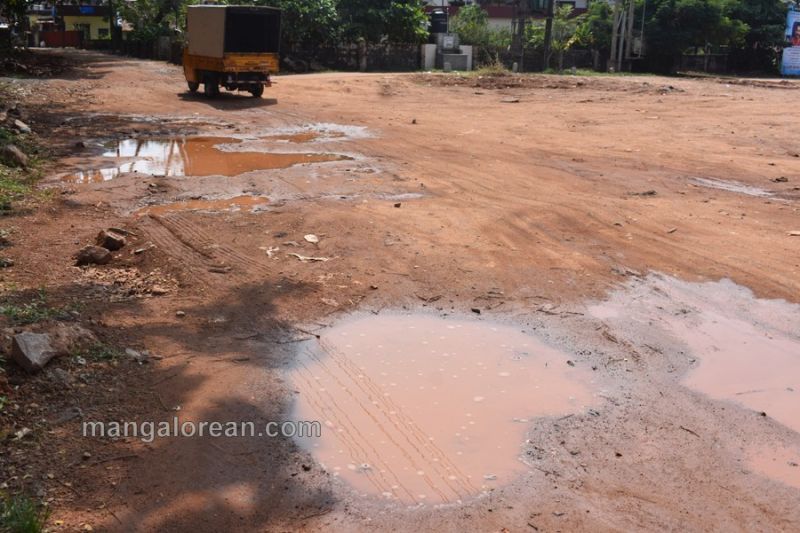 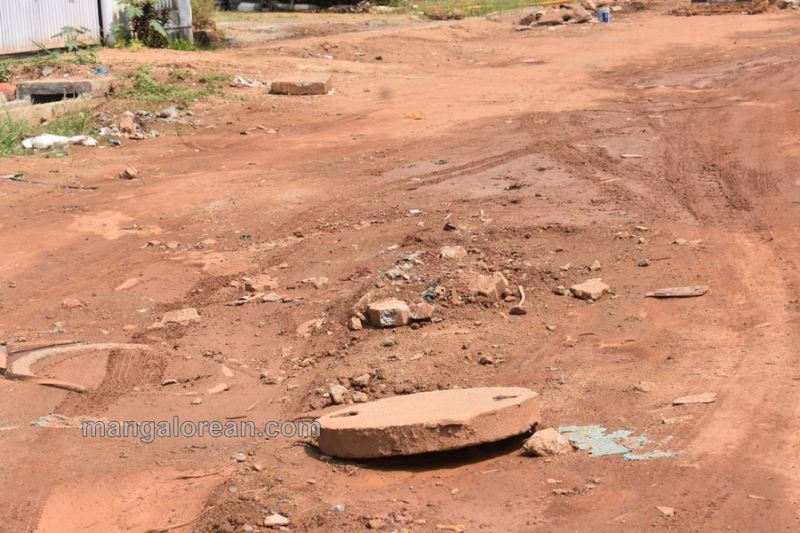 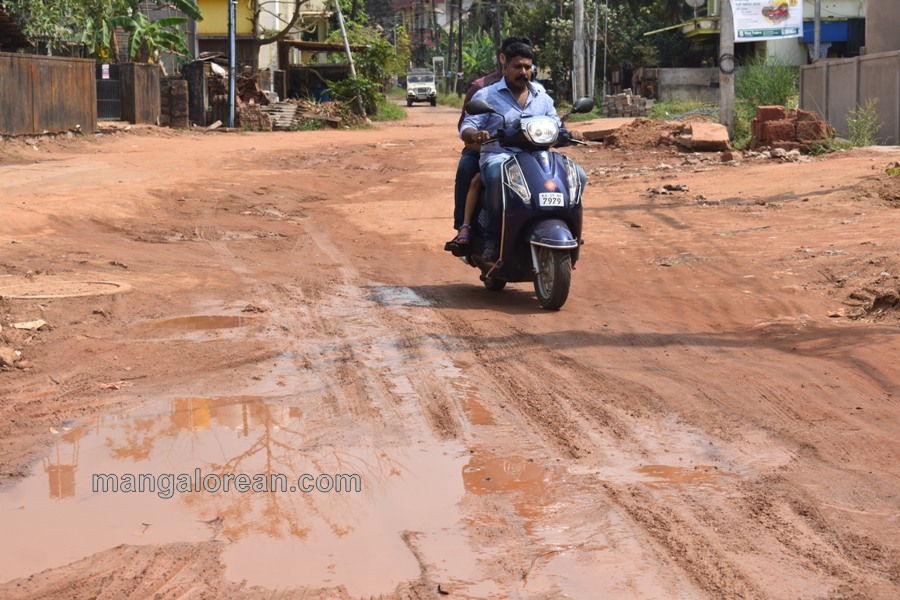 No doubt, Mangaluru is plagued with pathetic/dilapidated/pothole-ridden streets, which have resulted in many accidents, some resulting in severe injuries but never reported or highlighted by the media. It’s getting worse out there as days go by, with the pothole menace at every nook and corner of the City. And this year, apart from potholes, roads, mainly the new ones, have been dug either by GAIL Pipeline Gas Co or the Jalasiri 24X7 water project. At certain road construction sites, a narrow path is prepared just to give enough space for a two-wheeler to reach the destination. Broken interlock bricks and some of which have sunk under the pressure put people’s lives in jeopardy. Motorists halt and look around for help wondering “Can I ride along?” The onlookers seem to respond “At your own risk”.

Even though no deaths have been reported driving or riding on the said road, many two-wheeler riders have been injured according to the residents nearby- but there is no record of these accidents because the injured persons don’t complain nor file a case. Pinning responsibility on engineers and contractors for road accidents, it seems, is as difficult as imagining a city without potholes. So, who is to blame for the pitiable condition of the road? 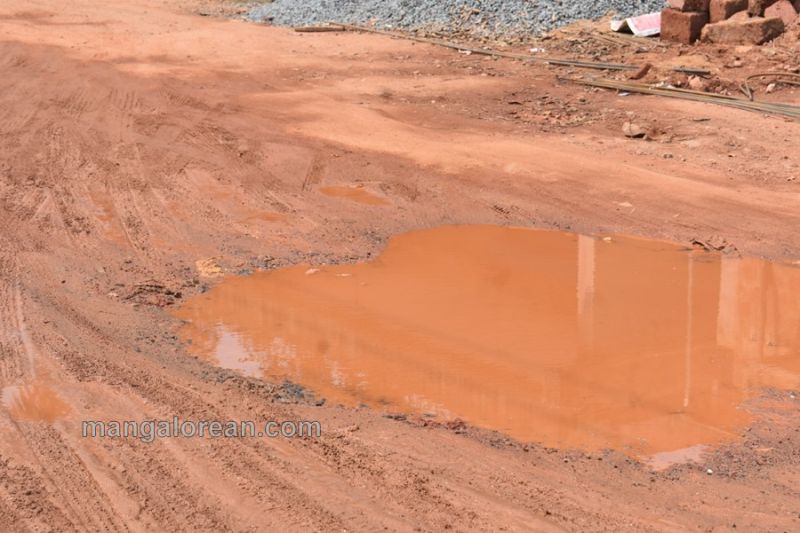 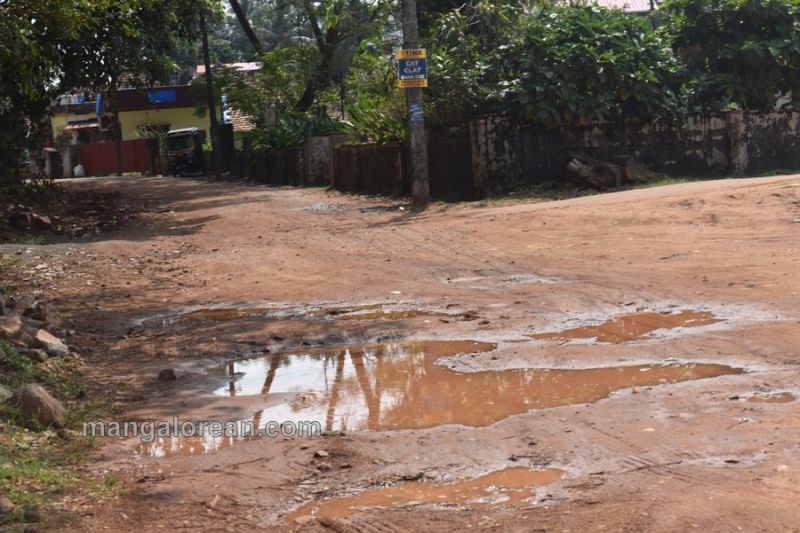 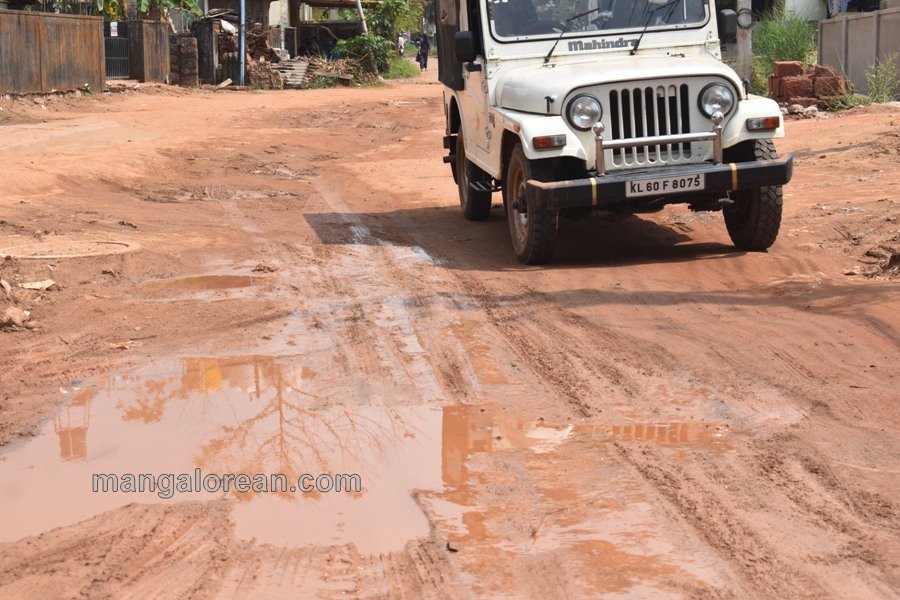 Children going to Amrita Vidyalayam school, Boloor have to face hardship travelling on this bad road daily. Motorists who try to avoid potholes and meet with accidents cannot be blamed. After all, they know that if they ride on the pothole, they will fall. The problem with our MCC here is they have no proper emergency response team to fill up potholes regularly. And even though the Mayor directs his officials to follow up in rectifying the civic issues, unfortunately, they sleep on their jobs.