Home Agency News ‘What is the exact stand’, SC to Centre on pleas against Places... 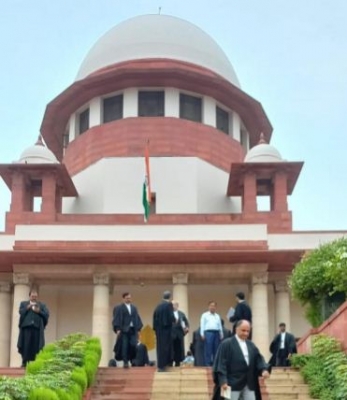 ‘What is the exact stand’, SC to Centre on pleas against Places of Worship Act

New Delhi:  The Supreme Court on Wednesday asked the Centre to bring on record its exact stand on petitions challenging the validity of certain provisions of the Places of Worship (Special Provisions) Act 1991, and how much time will it take to file a response in the matter.

A bench headed by Chief Justice U.U. Lalit and comprising Justices S. Ravindra Bhat and Ajay Rastogi asked the Solicitor General Tushar Mehta, representing the Centre, “What is the exact stand of the central government…, how much time, and when are you going to file (its response in the matter…”

Senior advocate Rakesh Dwivedi, representing one of the petitioners, submitted that the law was passed without debate and the matter involved questions of national importance. Referring to the 11 questions framed by him, Dwivedi said questions of law involve interpretation of the provisions of the Constitution and may be considered by the court in the present case.

Advocate Vrinda Grover, representing Jamiat Ulema-i-Hind, contended that Centre’s response is important to take this matter forward. Mehta submitted that the reply was still under consideration and sought two weeks’ time. The bench noted that the Centre’s response was relevant when the validity of a legislation was challenged.

Referring to the questions framed, a counsel for one of the petitioners submitted that questions were not considered by the Supreme Court in the Ayodhya judgment which upheld the Places of Worship Act.

After hearing arguments, the bench directed the Centre to file an affidavit on or before October 31. It listed the matter for further hearing on November 14.

On March 12, 2021, a bench headed by then Chief Justice S.A. Bobde had sought the Centre’s response on the plea filed by advocate Ashwini Upadhyay challenging the validity of certain provisions of the law.

Upadhyay’s plea said, “The 1991 Act was enacted in the garb of ‘Public order’, which is a State subject (Schedule-7, List-II, Entry-1) and ‘places of pilgrimages within India’ is also State subject (Schedule-7, List-II, Entry-7). So, the Centre can’t enact the Law. Moreover, Article 13(2) prohibits the State to make law to take away fundamental rights but the 1991 Act takes away the rights of Hindus, Jains, Buddhist, Sikhs to restore their ‘places of worship and pilgrimages’, destroyed by barbaric invaders”.