Home Agency News Why is Cong jittery about probe against ED: Vijayan 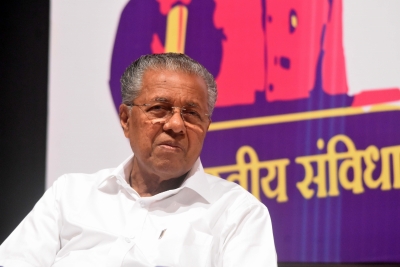 Why is Cong jittery about probe against ED: Vijayan

Kochi: A day after Kerala Chief Minister decided to order judicial probe against the Enforcement Directorate following a complaint, Pinarayi Vijayan on Saturday wanted to know why the Congress and its Leader of Opposition Ramesh Chennithala has been acting “jittery”.

The chief minister’s decision of the probe came after compliants by two policewomen that they overheard ED officers pressuring prime accused, Swapna Suresh, in the gold smuggling case, asking her loaded questions to name Vijayan.

“We had taken sound legal advice on this and the government will never do anything like this, if we did not get the advice of going forward to launch a judicial probe. What I fail to understand is why is Chennithala jittery over this,” asked Vijayan.

This new judicial probe will be headed by Justice (rtd) V.K. Mohan and the terms of reference also have been given.

“This judicial probe is not against anyone, it’s meant to find out the truth.

“Certain central agencies’ officials have been pressuring certain accused to say certain things and there were complaints about this from more than one place. What they did is against the Constitution and also a challenge to the legal system,” added Vijayan.

Incidentally, this probe will become a reality only if the Election Commission gives the green signal, for which the Vijayan government has sought their clearance.

Former state BJP president and candidate in the April 6 assembly polls, P.K. Krishnadas said this is against the basic tenants of the Constitution and has no legal standing and never heard of in the history of our country.

The Congress-led UDF leaders also have expressed surprise on this move and have described it as “nothing but a gimmick” by Vijayan to delay any move by the central agencies in the gold and dollar smuggling cases in which Vijayan’s name has figured.