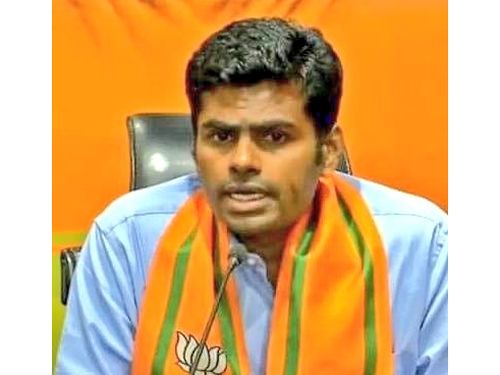 “The Tamil Nadu state unit of the BJP will stand with the people of the state in the best interests of the state even though Karnataka is ruled by the BJP,” he told media persons at Trichy en route to Chennai where he will assume office on Friday.

Stressing that Tamil Nadu should get its share of Cauvery water as stipulated by the Supreme Court, he also said that all concerned should sit together and resolve the issue.

The former IPS officer was appointed as the BJP state unit President after incumbent L. Murugan was inducted in the Narendra Modi ministry as Minister of State in the recent reshuffle.