Home Fit & Fun Williamson was spot on in decision-making v Australia but strategies need to... 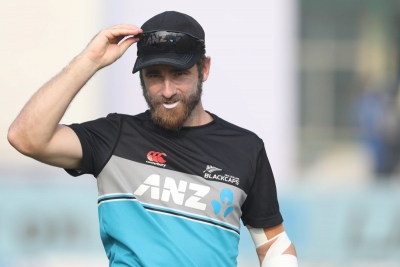 Williamson was spot on in decision-making v Australia but strategies need to be reassessed with every game: Ian Smith

Auckland: Former New Zealand cricketer Ian Smith believes while Black Caps skipper Kane Williamson was spot on in his decision making in the massive 89-run win against Australia in the T20 World Cup Super 12 game at SCG on October 22, he will have to continue reassessing his “momentum” as T20 is a dynamic format where scenarios change with every match and venue.

Williamson orchestrated Australia’s demolition in their opening T20 World Cup match and soon experts started drawing comparisons between Williamson and his opposite number Aaron Finch, who is going through a lean patch.

New Zealand were clinical throughout the clash of the trans-Tasman rivals, with openers Finn Allen and Devon Conway leading the way with blazing 42 and unbeaten 92 respectively, while Tim Southee and Mitchell Santner bowled incisive spells to dismiss Australia for 111 in the chase of 201 for victory. Kiwi skipper Williamson though made just 23 in as many balls, prompting experts to question whether the T20 format has outgrown the his expertise.

“The way that it turned out the other night, we still got to 200 even though the run rate was pulled back a wee bit while Kane Williamson got set,” Smith told SENZ Mornings on Tuesday. “His (Williamson’s) partnership with Conway turned out to be quite vital… there’s a lot of compelling reasons to say he did his job.

“Quite clearly in the fielding aspect of it the guys fielded magnificently, the bowling plan was quite clearly the right one and everything that Kane Williamson opted for the other night actually came off. So I guess we have to put those sorts of thoughts a little bit further to the backburner but it’s not far away (from mirroring Aaron Finch’s decline with Australia),” said Smith, who played 63 Tests and 98 ODIs for New Zealand.

“The game is evolving and the ability to just ease your way into a T20 innings is disappearing at a rapid rate,” he opined. While Smith said Williamson is unlikely to go anytime soon, the veteran batter might have to reassess his game moving forward in the showpiece event.

“Williamson’s a better player than Finch at this point, there’s no doubt about that,” Smith said. “I think also psychologically we feel better, and his teammates feel better about the name Kane Williamson being in the batting order and I know the opposition probably think, ‘Well, there’s a wicket we’re going to have to really, really fight hard for’.

“So, he’s there… there’s absolutely no way in the world that Kane Williamson won’t be playing T20 cricket for a little while. But he might have to reassess his momentum because the other night was a perfect performance… it’ll be an ongoing issue though because the game’s demanding more and more every time.”

New Zealand will take on Afghanistan on Wednesday night at the Melbourne Cricket Ground.