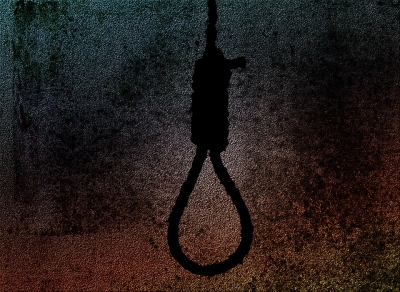 Belagavi: A woman died by suicide along with her baby hours after her husband succumbed to a suicide bid in this district of the state, police said on Saturday.

The deceased were identified as Holeppa Maruthi Masti (25), a resident of Vantamuri village in Belagavi taluk, his wife Vasathi (22) and their one-and-a-half-year-old son.

According to police, Holeppa came home in an inebriated state and fought with his wife on Thursday night. He maintained that he would consume poison to threaten his wife and later consumed it.

He was rushed to a private hospital where he died on Friday morning. Unable to bear the pain, Vasanthi decided to end her life along with their two children.

On Friday at noon, Vasanthi went missing with her infant son. After searching everywhere, the family found the bodies at a farm, located far from the village.

Investigations revealed that Vasanthi had strangled her baby before hanging herself from a tree. Police found the baby’s body near the tree late in the night.

The couple’s three-year-old daughter survived as she had gone out to play and could not be found by the woman when she left home to take the extreme step, police said.

Kakathi police are investigating the case.