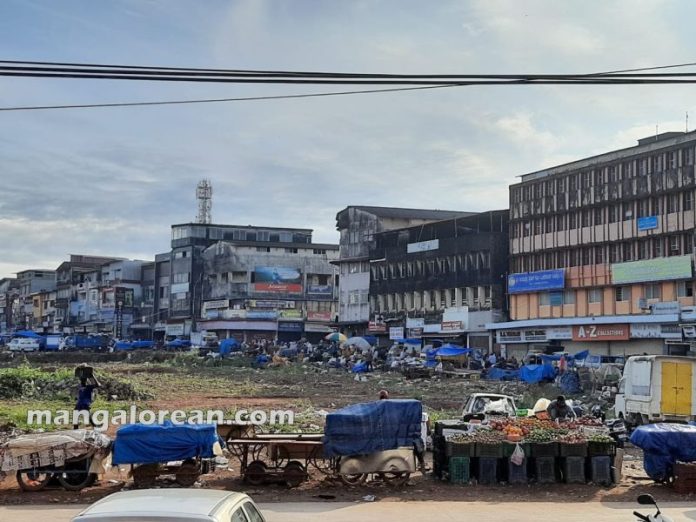 Mangaluru: The 60-year-old Central Market which was demolished, before which it was on hold due to a stay from the High Court, and now the work on the construction of a New State-of-the-Art CENTRAL MARKET BUILDING for Rs 114 crore will begin in the next 15-20 days. Mangaluru City Corporation (MCC) which owns the property, the Mangaluru Smart City Limited (MSCL) will take up the Redevelopment of the Central Market and Fish Market project on a design, build, finance, operate and transfer (DBFOT) basis, under a Public-Private Partnership (PPP) model.

The new market will be constructed on 3.6 acres of land, under the PPP model, through Mangaluru Smart City Limited. The road in and around the Central Market has already been developed and the foundation will be laid shortly. As per the proposal, the new market will have five floors and parking space in the basement. The MSCL had prepared the detailed project report for the market at an estimated cost of Rs 114 crore. 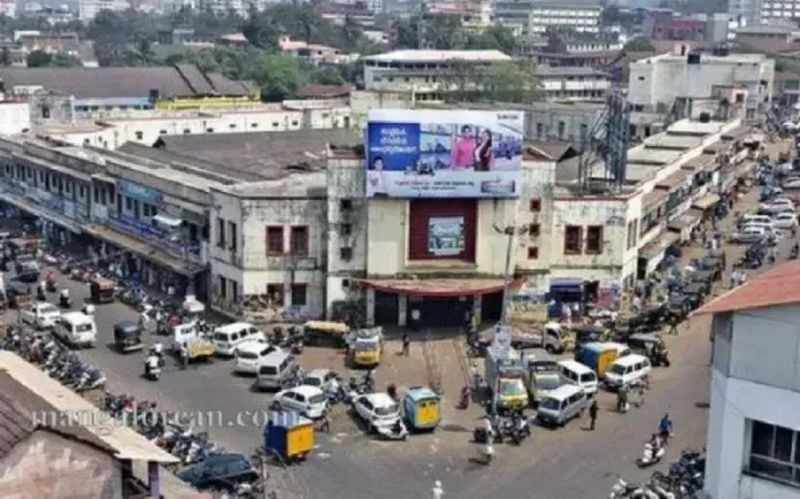 The proposal for the demolition and reconstruction of the new market has witnessed several ups and downs with the issue reaching Karnataka High Court in the year 2020. Following the spread of Covid-19, the district administration decided to close down the Central Market on April 7, 2020, to check the spread of the pandemic. All the traders were shifted to the APMC yard in Baikampady. Questioning the decision, the traders approached the High Court. The court, in turn, had directed the city corporation to withdraw its order of closure and restart the process of demolition and reconstruction afresh as per the law. The Dakshina Kannada deputy commissioner once again issued an order to close the market on August 18, 2020, to check the spread of Covid-19. When the traders approached the court again, the court directed the MCC to conduct a study on the fitness of the building through a third-party agency. 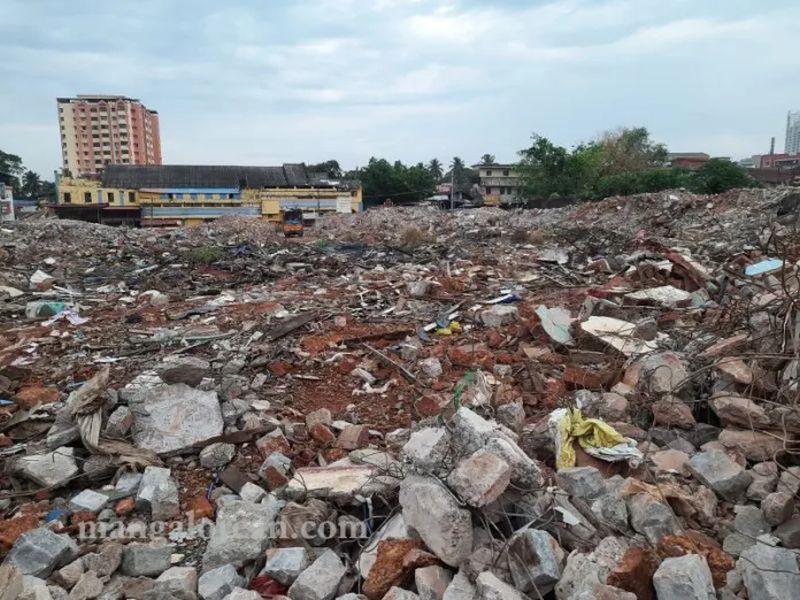 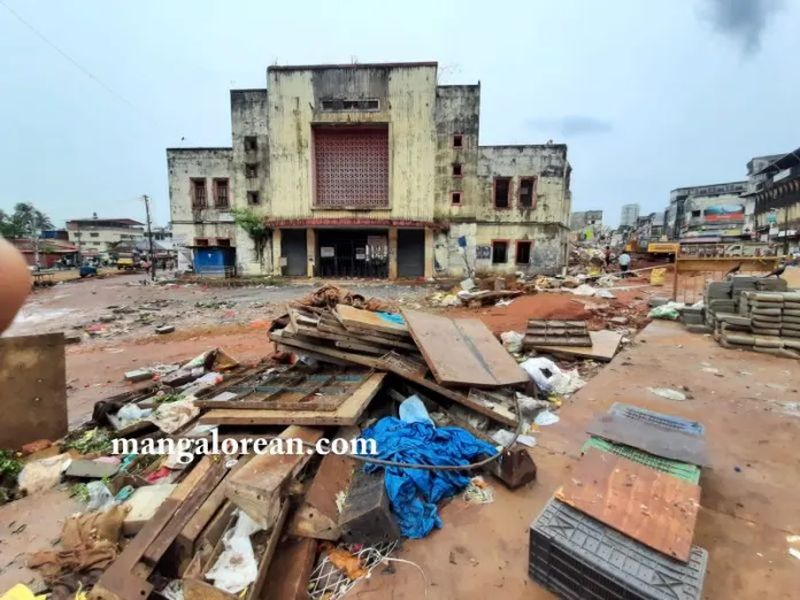 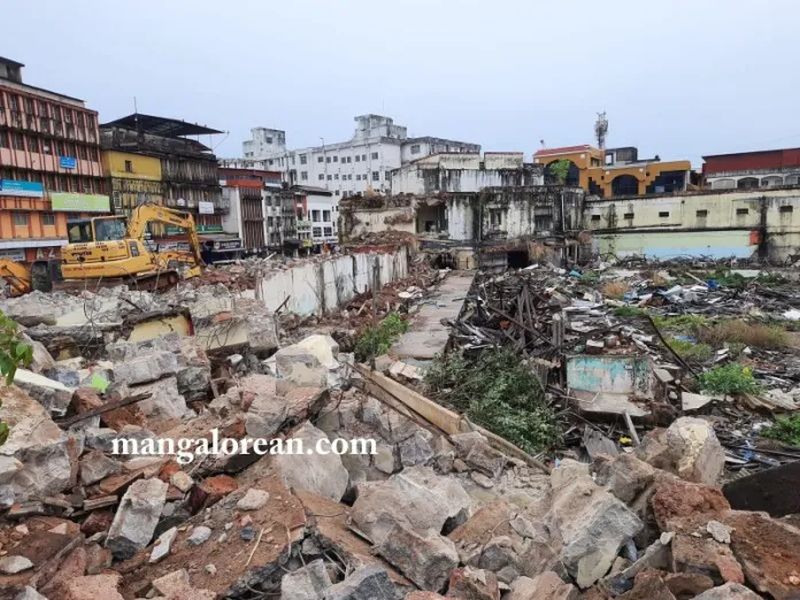 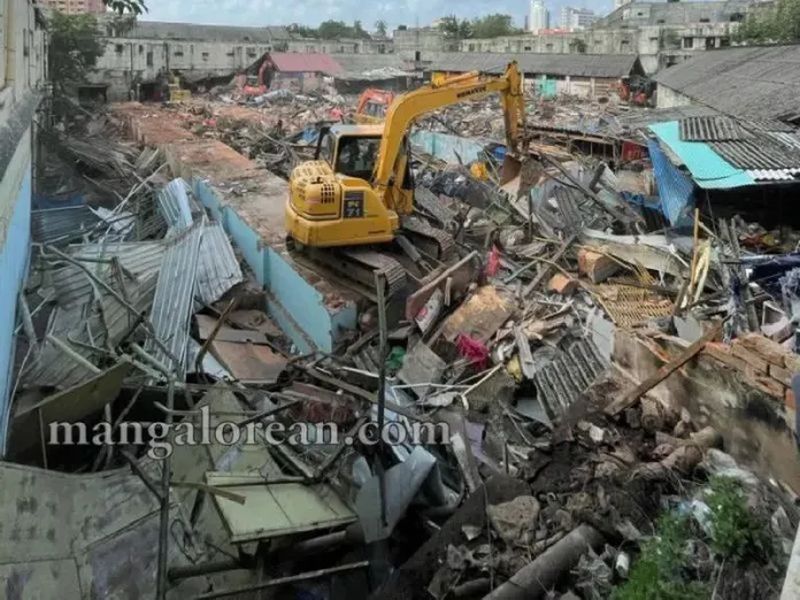 Accordingly, a third-party agency appointed by the MCC in its report too had claimed that the building was not fit for renovation and had recommended demolition. Though the proposal on demolishing the old building to pave way for the new building was mooted in 2008-09, the city corporation could not take it up due to a lack of funds. Later, the council of the MCC approved the proposal on June 29, 2020, approving the demolition of the decades-old Central fish and vegetable market. 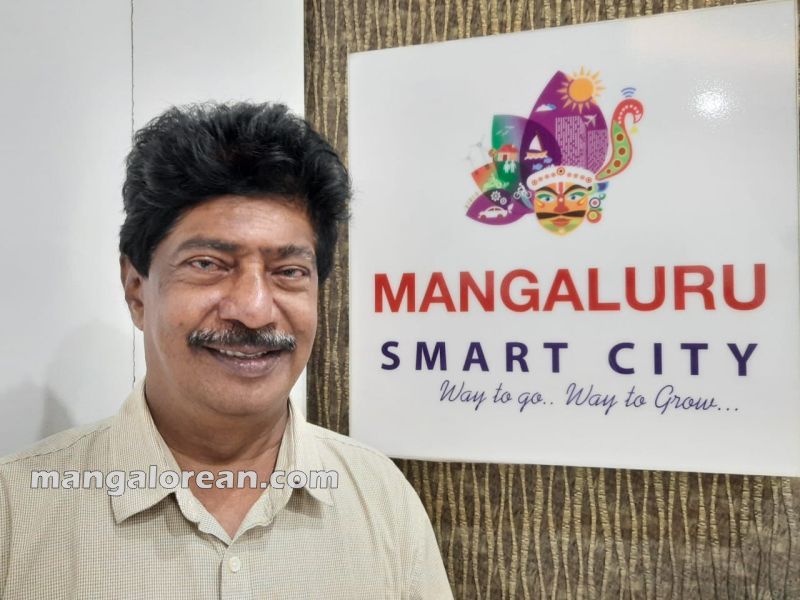 Speaking to Team Mangalorean Mangaluru Smart City Limited (MSCL) General Manager (Technical) Er Arun Prabha said, “The tender process has been completed, and a Mangaluru-based concessionaire Somayaji Estates has been entrusted with the work. The court stay for the project has been vacated, and we have already demolished the old structure of the Central Market and finalised a Mangaluru-based concessionaire to redevelop the Central Market under DBFOT basis. The project will be taken at an approximate cost of Rs 114 crore and the proposed Central Market building will have all the necessary infrastructure, including parking and commercial space”. 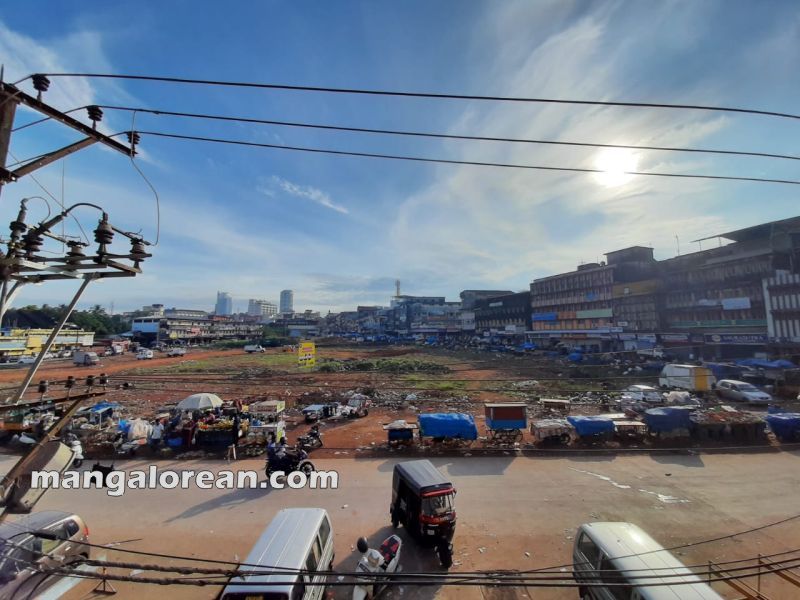 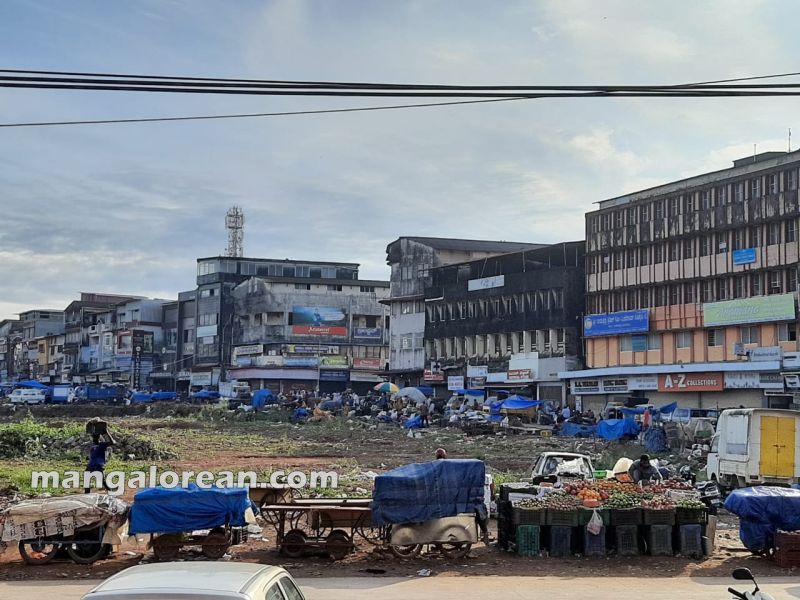 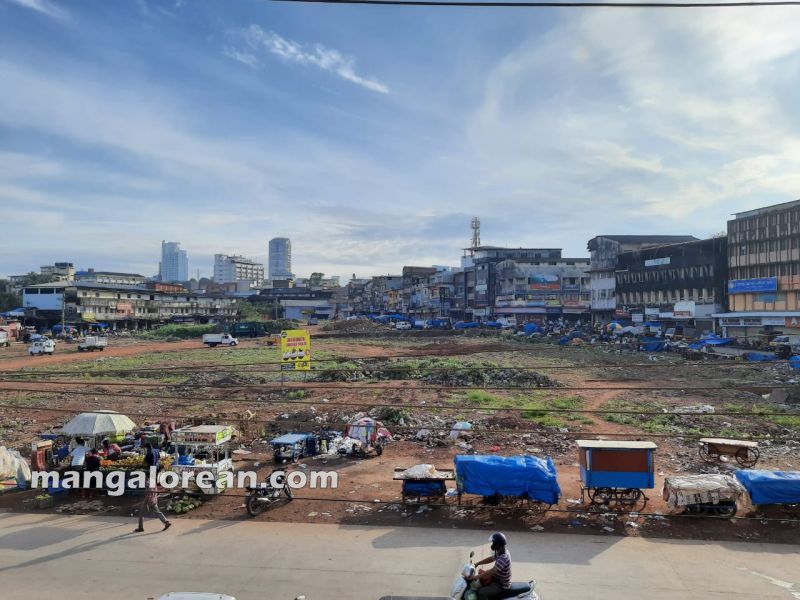 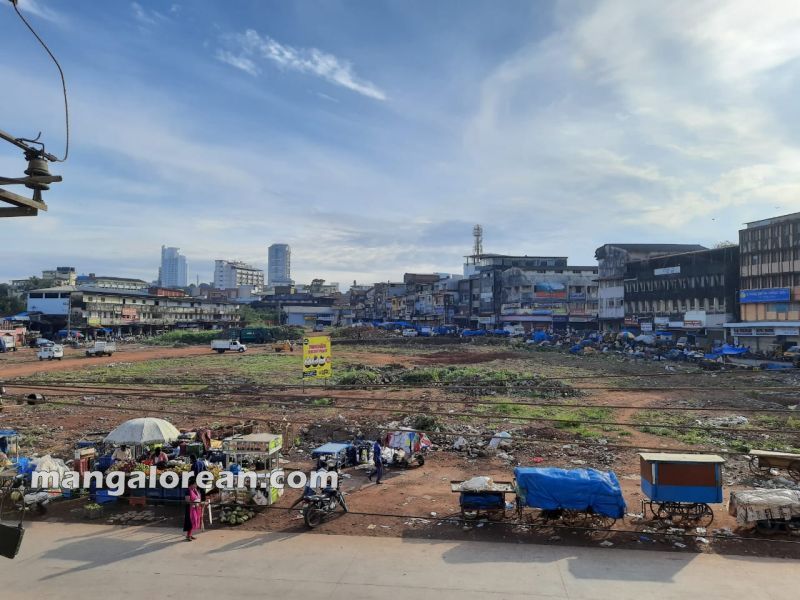 “If everything goes according to the plan, the Central Market with the fish market will be rebuilt under Mangaluru Smart City Limited’s (MSCL) Public-Private Partnership (PPP) model on Design Build Finance Operation Transfer (DBFOT). Defining A Public-Private Partnership (PPP, 3P, or P3)- it is a cooperative arrangement between two or more public and private sectors, typically of a long-term nature. In other words, it involves an arrangement between a unit of government and a business that brings better services or improves the city’s capacity to operate effectively. Because PPPs are a cooperative between the government and the private sector, they are an example of multi-stakeholder governance. PPPs are closely related to concepts such as privatization and the contracting out of government services”, added Er Prabha.

He further said, “There is no consensus about how to define a PPP. The term can cover hundreds of different types of long-term contracts with a wide range of risk allocations, funding arrangements, and transparency requirements. The advancement of PPPs, as a concept and a practice, is a product of the new public management of the late 20th century and globalization pressures. Despite there being no formal consensus regarding a definition, the term has been defined by major entities. Anyways, a full-fledged market complex in the Central Market area has been a long pending demand of Mangaluru. And once completed the Mangaluru Central Market will be one of the UNIQUE & STATE ART Commercial/Market Building in the Country”.

The proposed Central Market complex will have a separate space for the retail sale of vegetables, fruits, flowers, fish and meat. The complex will also have a separate space for commercial establishments and office premises as well. It may be recalled that the district administration had banned activities at the Central Market to maintain social distancing during the first wave of the pandemic in 2020. The Central Market before shifting to APMC Yard in Baikampady had 597 shops, operating a wholesale and retail business.