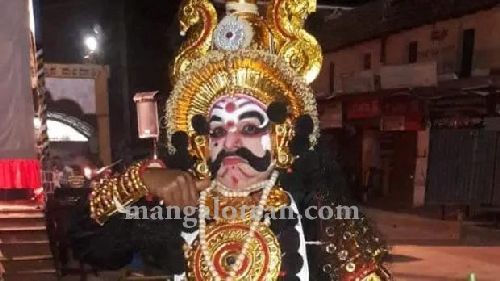 Udupi: A Yakshagana artiste died on the stage while he was performing at Kajralli near Siriyara under the Kota Police station limits during the early hours of January 5.

The deceased has been identified as Sadhu Kotari (58), a resident of Barkur. He was working as a Yakshagana artiste in the well-known Mandarthi Yakshagana Mela.

According to sources, Sadhu Kotari was performing the role of Maghada in “Mahakali Magadendra” episode in Shiriyara when he collapsed due to suspected cardiac arrest. Even though he was immediately shifted to a private hospital in Brahmavar, he breathed his last.

Sadhu Kotari was a professional artiste with the Mandarthi Yakshagana Mela for 40 years.