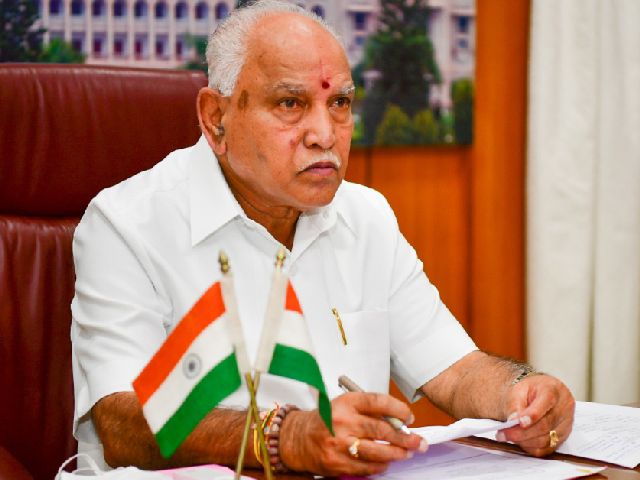 “There was a detailed discussion on cabinet expansion. You will get good news soon,” Yediyurappa told reporters after an hour-long meeting with Shah, party’s national president J.P. Nadda and party’s Karnataka unit in-charge Arun Singh at the Home Minister’s residence in the national capital.

Declining to respond to a query on leadership change as speculated due to discontent in a section of the party over his style of functioning, a defiant Yediyurappa said he was happy with the discussions, as they were positive, fruitful and satisfactory.

“We will wait for instructions on cabinet expansion from the party leadership, which has assured its support to our government,” asserted Yediyurappa.

Speculation is rife again in the southern state that the cabinet would be expanded after January 14 when the “inauspicious” month ends, with the advent of Makar Sankranti festival and Uttarayan, which marks the entry of sun into the northern hemisphere from Dakshinayan or southern hemisphere.

Contrary to expectations, the third cabinet expansion to fill 7 vacancies in the 34-member ministry has been delayed over the months for some or other reason, including rumours over bid to replace Yediyurappa as he was 78 years.

Singh, however, recently claimed that Yediyurappa would continue in the post and ruled out change in the leadership till the next state legislative assembly elections in 2023.

Party sources told IANS that the cabinet expansion could take place after Shah’s visit to the state next week to participate in party and official events.

“Shah is due to visit Karnataka after Sankranti to meet party’s state leaders in the city and unveil training centres of the Central Reserve Police Force (CRPF) at Bhadravati and Hospet in the state’s central region and visit the world heritage site at Hami in Ballari district,” said the source.

The cabinet was expanded for the second time on February 6, 2020 when 10 legislators, who defected from Congress and JD-S were inducted after they won in the December 5, 2019 by-elections, caused by their resignations in July 2019, which led to the fall of the 14-month JD-S-Congress coalition government on July 23, 2019 and return of the BJP government on July 26, 2019.

The first cabinet expansion, in which 17 ministers were inducted, took place on August 20, 2019.

Yediyurappa was sworn-in as BJP chief minister for the third time on July 26, 2019.

The Chief Minister also discussed with Shah on the ensuing 3 by-elections in the southern state, including one for the Lok Sabha from Belagavi and 2 assembly seats from Basavakalyan in Bidar district and Maski in Raichur district in the northern region.

“The leadership has asked the party’s core committee to send a list of candidates for contesting in the by-polls, due to be held soon to fill their vacancies,” added Yediyurappa.