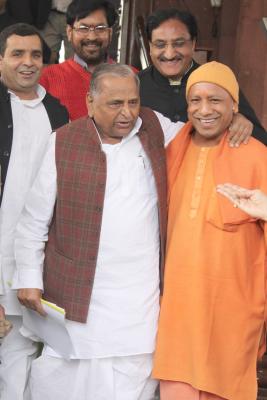 Lucknow: Uttar Pradesh Chief Minister Yogi Adityanath has condoled the demise of former CM Mulayam Singh Yadav, and declared a three-day mourning in the state as a mark of respect.

The last rites of the departed leader will be held with full state honours.

He said in a statement that the death of Mulayam Singh Yadav marks the end of an era of leaders who believed in struggle and socialist ideology.

UP Speaker Satish Mahana has also expressed grief at the death of the veteran leader.