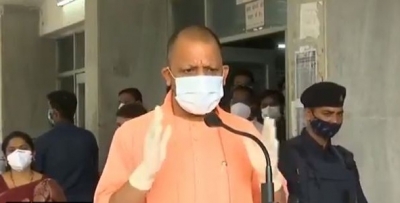 Lucknow: The Yogi Adityanath government in Uttar Pradesh has decided to extend the ‘Varasat’ scheme, which resolves pending property ownership issues in rural UP, to benefit families who lost members to Covid.

A 13-day special campaign has been launched to help legal heirs of those who died of Covid, get property rights.

“The current phase of the scheme will provide ‘khatauni’ or record of rights to legal heirs or widows of land owners. The drive will continue till July 18 and special camps will be set up to dispose of cases. Resolving this at the earliest will ensure widows without livelihood to seamlessly get land and property rights,” said a government spokesperson.

Over the next two weeks, revenue officials including lekhpals and kanungos will visit 1,08,992 revenue villages and collate details on undisputed inheritance of villagers, who lost family members to Covid.

The widows will not need to submit any application for this. The revenue officials have been directed to collect all information on their own and take necessary action.

‘Pattas’ of agricultural and residential land will be allotted to widows as per eligibility. If they are eligible to housing facilities, construction of houses will be done with the help of rural development department.

The government had deputed around 22,000 lekhpals and nearly 2,500 kanungos for this campaign.

The entire process will be monitored by divisional commissioners and each district has to submit an action taken report by July 20.

The ‘Varasat’ campaign was initially launched by the Yogi Adityanath government in December 2020, and concluded in March this year.

It was launched to resolve long-standing property disputes in favour of legal heir and inheritors. Cases concerning more than 9,02,576 people were resolved during the first phase of the campaign.