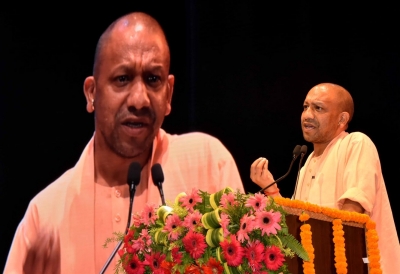 Yogi orders for security audit in all puja pandals

He has asked the organisers of all such events to follow security norms of electrical arrangements and also fire security.

The move comes after a short-circuit reportedly caused a major fire in a puja pandal in Bhadohi district that left five dead and over 60 injured on Sunday night.

Chief Minister Yogi has directed the district administrations to ensure this by talking to all organisers this festive season.

He also said that an awareness campaign should be carried out in this regard.

In the past five months, checking of all fire and electrical safety measures in public and government buildings has been done.

“Such audits are normally carried out annually but to avoid a similar incident, especially with high temperatures which could have put a greater stress on electrical connections, it would be in everyone’s best interests to again carry out the review at buildings which get a high daily footfall,” said a senior official.