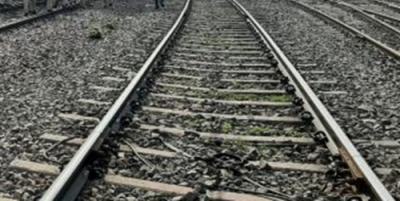 Shahjahanpur (Uttar Pradesh): A young couple ended their lives by jumping in front of a speeding goods train near Garrah river bridge in Shahjahanpur.

The incident took place on Sunday and though the train driver applied the emergency brakes, the couple could not be saved.

The couple identified as Shalini, 21, and Pawan Kumar, 22, were residents of the Nigohi area and both belonged to the same community. No suicide note has been found.

However, their families were against the relationship.

The woman’s kin levelled allegations that Pawan had forced Shalini to take the extreme step, but failed to substantiate the charges.

This is the 21st case of couple suicides reported in the past two years from Bareilly division.

Inspector General Bareilly range Rajesh Pandey said, “This was tragic. An adult has all the right to marry a person of his/her choice. In such cases, I have already directed the officials to provide counselling to the adult couples and even provide them security if they sense any threat from their families.”

The IG said, “I appeal to the parents not to force their children to marry against their wish.”