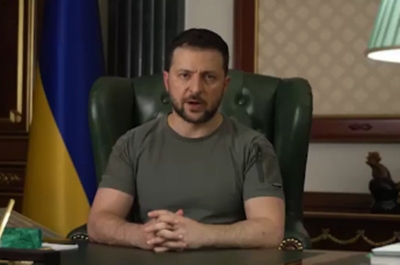 With his decree, the Ukrainian President also instructed the government to prepare proposals for the creation of a multi-level security guarantee system designed to boost Ukraine’s defence potential, Xinhua news agency reported.

On Sept. 30, the NSDC adopted a decision aimed at guaranteeing Ukraine’s security and restoring its territorial integrity following Moscow’s formal recognition of four Ukrainian regions, which are partially controlled by Russia, as Russian territory.

Ukrainian and Russian negotiators held the latest round of face-to-face peace talks in Istanbul, Turkey, on March 29.