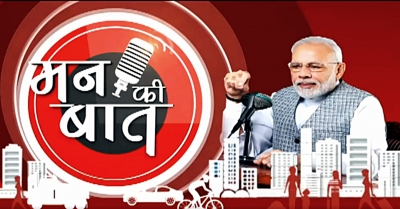 Speaking on his monthly radio programme ‘Mann Ki Baat’, the Prime Minister said “the people of India have taken many steps forward and are getting vocal for local. Our manufacturers are also thinking about making top quality products. This will boost the efforts towards Aatmanirbhar Bharat”.

The Prime Minister said that while focusing on Made-in-India products the manufacturers should not compromise with the quality of materials produced by them.

“This is the right time to work with ‘zero effect, zero defect’ policy.”

Speaking on the last ‘Mann Ki Baat’ episode of this year, Modi said this is the opportune moment to work with the ethos of ‘zero effect, zero defect’. “I urge manufacturers and industry leaders of the country that the people have taken a firm and bold step forward and vocal for local is reverberating in each and every household.”

“In such a scenario, it is time to ensure that our products meet global standards. Whatever is the global best, we should make it in India and prove it. For that, our entrepreneur friends have to come forward. Start-ups too have to come forth,” Modi said.

He also suggested to focus on items used by us in our daily lives and ensure that these items should be manufactured in India and support vocal for local call to make the country ‘Aatmanirbhar’.

“We make new resolutions every new year. On this new year’s eve, we should take a resolution to use only Made-in-India products,” said the Prime Minister.

“Among the states with the maximum population of leopards, Madhya Pradesh, Karnataka and Maharashtra are at the top. This is a big achievement. Leopards across the world have been facing dangers, their habitat has faced loss in the world,” said Modi, adding “in such circumstances, the continued growth of the population of leopards in India has shown a way to the entire world”.

Sharing a heart-touching example in Coimbatore in Tamil Nadu, Modi mentioned the efforts of one Gayatri in the region who along with her father arranged a wheelchair for a suffering dog, and those who helped many animals, stressing “come, let us encourage such acts of care with a sense of service to others”.

“In Delhi NCR and other cities of the country in the chilling cold many people are doing a lot for the care of shelter-less animals. They arrange for food, water, sweaters and even beds for those animals. Some people arrange food for hundreds of such animals everyday. Such efforts should be commended.”

Addressing Indian youth, Modi said “I feel delighted and assured. Delighted and assured because the youth of my country have the ‘Can Do’ approach and the ‘Will Do’ spirit in them. No challenge is too big for them. Nothing is out of reach for them.”

Noting that saffron is identified with Kashmir for centuries and it is produced in Pulwama, Budgam and Kishtwar regions of the Union territory, the Prime Minister said “Kashmiri saffron has been given Geographical Indication (GI) tag this year. Through the GI tag, we want to make Kashmiri saffron a globally popular brand.”

The next time you want to buy ‘Kesar’ (saffron), do try Kashmiri saffron, Modi said.

Going back in history, the Prime Minister mentioned how Abul Fazl, a prominent member of Akbar’s court, described the saffron after his visit to Kashmir for the first time.