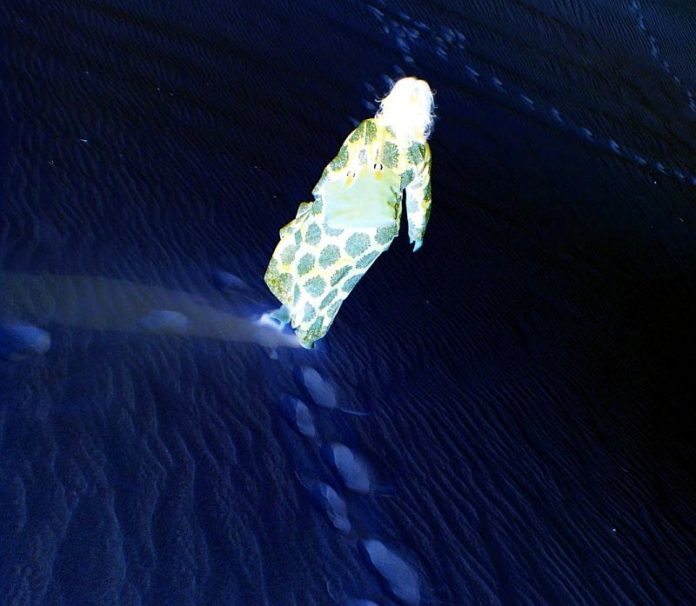 Reality check: How are countries taking care of their ageing populations?

As fertility rates decline and life expectancy increases, the proportion of people aged 60 and above is growing globally. Global average life expectancy has increased from 48 years in 1950 to 68 years in 2010 and is expected to become 81 years by the end of the century. Nearly 60% of the world’s over 60 population resides in the Asia Pacific region and this number is expected to more than quadruple by 2050. While people living longer is a cause for celebration, this demographic transition towards an ageing society in the Asia-Pacific region brings new challenges with deep social, economic and political ramifications.

With increasing age, health and well-being take their toll. Non-communicable diseases, such as hypertension, diabetes and dementia, are becoming more widespread. Yet, health and social security systems in the region are underprepared to meet the needs of older persons.

As countries age, they need to invest in supporting the contributions, experience and expertise of their growing number of older citizens. At the HelpAge Asia-Pacific Regional Conference 2016 on Economic Implications of Ageing, recently held in Hanoi, Viet Nam, good practice examples of how some countries were responding to their rapid population ageing were shared.

Japan is a hyper-ageing country, with one-third of its population over 60. But it prepared well in advance to deal with it. Dr Keizo Takemi, Chairperson of Asian Forum of Parliamentarians on Population and Development (AFPPD), said that Japan began its welfare policies for the elderly way back in the 1960s when the ageing rate was low at 5.7%. It adopted a comprehensive welfare policy, introduced universal healthcare, a universal social pension, and a plan for income redistribution, low unemployment rates and progressive taxation.

Healthcare was made free for the elderly Japanese in 1973. In 2000, Long Term Health Care Insurance System was enforced. Between 1990 and 2011 there was a 277% increase in the number of health facilities. All this has paid off and Japan is now not just the oldest, but also one of the healthiest and wealthiest countries, with the highest healthy life expectancy in the world. However, Takemi cautioned that as future costs of long-term care benefits and premiums become high, healthcare expenditure will skyrocket. By 2025, 1 in 5 of Japan’s population will become over 75 years old, and 46% of the total health budget will be spent on them. One important solution suggested by him is to increase healthy life expectancy; reduce the gap between healthy life expectancy and life expectancy (which currently stands at 9-12 years in Japan, but is much higher elsewhere); and create job opportunities for those healthy elderly people to be economically independent. Policymakers will also have to develop an integrated community care system focussed on home care services. It would make better economic sense to move elderly patients from hospital to home by strengthening the capacity to deliver medical as well as routine life support services at the home. Takemi also hinted that in future Japan is very likely to use robots to take care of the elderly persons at home.

Liu Zengrui, Director of Rights and Interests Protection, China National Committee on Ageing, gave an overview of how China is dealing with its ageing population. Chinese government has expanded basic health insurance to achieve complete coverage; reformed the ways for making medical insurance payouts; improved medical care in nursing homes; introduced social insurance against chronic diseases; strengthened health education to increase fitness awareness for the aged; promoted social participation of older people by stipulating policies for gradually suspending the retirement age of employees and keeping older people in the workforce. It has launched a programme named “Yin-Ling” to encourage and support retired scientists, experts and professors to participate in volunteer activities.

Currently, more than 10% of Thailand’s population is over 65 years old. Women make up 55% share of the elderly aged. Thailand introduced its Universal Health Coverage scheme way back in 2002 to provide universal access to essential health care through a tax-based financing system and paying providers on a capitation basis. As a result, only 5% of the elderly went for paid care in 2011.

Long Term Care (LTC) solution for the elderly is part of Thailand’s strategic plan and has been in place since 2008. It is community-based elderly care and involves both– family assistance and supporting systems of healthcare and social services. The national budget for LTC, to support the development of home-based care systems, was increased to 900 million THB (USD 25 million) in 2016 from 600 million THB ((USD18 million) in 2015. A pilot project (January 2013-August 2017) on Long Term Care Service Development for the frail elderly and other vulnerable people (LTOP) has been introduced in 6 areas. A team of doctors including nurse and physiotherapist go and see all home bound and bed-bound elderly. There is also a basic universal social pension for all elderly.

SINGAPORE: HOLISTIC WAY OF CARING FOR THE ELDERLY

Thelma Kay, former Chief of the Social Development Division, UNESCAP, and former Senior Advisor on Ageing Issues, Ministry of Social and Family Development, Singapore, said that Singapore has a holistic way of looking at the health needs of its senior citizens. There are many prevention and wellness programmes, as well disease-specific screenings and follow-ups, in the public health system. Healthcare is heavily subsidised. In 2014, the government introduced the Pioneer Generation Package (PGP) to recognise and honour the contributions of Singapore’s Pioneer Generation towards nation-building. The SGD 9 billion PGP package aims to cover around 450,000 Singaporeans, aged 65 years and above. It provides several healthcare benefits for all Pioneers for life, including subsidies and cash assistance.

Senior citizens have an identifier card to get priority access to healthcare facilities. There is also a transport subsidy for anyone over 60. The ‘Ageing In Place’ government policy is focused for the aged to age at home as far as possible and be independent. Some community hospitals and faith-based organisations have home base care units.

INDIA: LONG WALK TO HEALTH JUSTICE FOR THE ELDERLY

The proportion of the elderly population has increased from 5.6% in 1961 to 8.6% in 2011. In 2011, there were nearly 104 million persons aged 60 years or above in India – 53 million females and 51 million males. While there are good government schemes, there is poor implementation at ground level. A Central Sector Scheme of Integrated Programme for Older Persons (IPOP) is being implemented since 1992 with the objective of improving the quality of life of senior citizens. But the number of beneficiaries remains small. In 2007, the Maintenance and Welfare of Parents and Senior Citizens Act was enacted to ensure need-based maintenance for the parents and senior citizens. The Rashtriya Swasthya Bima Yojana and Health Pension schemes are also steps in the right direction. The National programme of healthcare for the elderly, though started, is currently being implemented only in 13 out of the 622 districts and the uptake is painfully slow.

Mathew Cherian, Chief Executive Officer of HelpAge India and a Member of the Board of HelpAge International, said that very little geriatric care is available and delivery of healthcare for the elderly is a big issue in India. HelpAge India provides mobile medical care through mobile vans for the poor elderly people in some rural and hard to reach areas. Then again, cardiologist, Dr Devi Shetty of Narayan Hriduyalaya, has started a low-cost health insurance scheme called Yashaswi programme in South Karnataka, through which very low-cost healthcare (including heart surgery) is provided to the elderly poor. Kerala too runs a programme called Vayomitram (friends of old age), wherein volunteers from rural areas are trained in healthcare, especially for older people. These are but sporadic sparks, but a lot needs to be done for proper implementation of programmes at national level. It is not privatisation but the strengthening of the public health systems that will deliver the goods.

As more and more Asian countries become ageing societies, collaboration and sharing of experiences becomes important. Japan has launched the Asian Health and Human Wellbeing Initiative to make this region a society of health and longevity, by increasing healthy life expectancy and guaranteeing healthy elderly people opportunities for employment for sustainable economic growth so that people can live their own lives based on their health.

The new post-2015 Sustainable Development Goals (SDGs) also recognise the importance of older people for sustainable development. Even as there is a broader commitment that all indicators should be disaggregated by age, Goal 3 (Ensure healthy lives and promote well-being for all at all ages), provides clear guidance to governments and other development agencies that older people must be taken into account.

The challenge is to ensure governments honour the commitments, by putting these goals into practice in a way that is fully inclusive of women and men of all ages. Healthy ageing should begin in early childhood. Greater social policy priorities, including social protection and universal health coverage, are required to create a smart, sustainable and inclusive active ageing society.