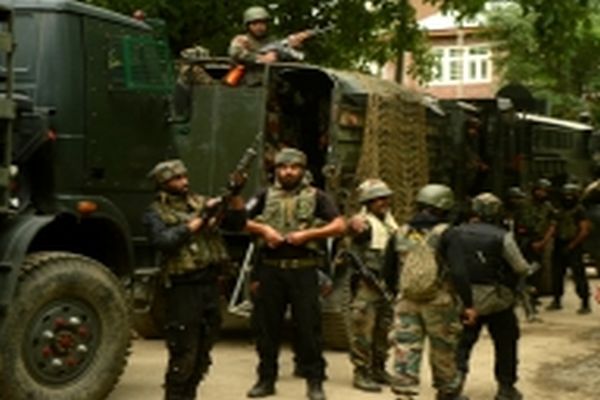 Srinagar: Three militants and a soldier were killed on Thursday in a gunfight in Jammu and Kashmir’s Pulwama district, police said.

The gunfight is still continuing in Dolipora village which started early Thursday morning after security forces including Rashtriya Rifles (RR), Central Reserve Police Force (CRPF) and the Special Operations Group (SOG) of the state police, started a cordon and search operation following a tip-off about the militants.

“Identity of the slain militants was being ascertained. The operation is still going on,” police said, adding that two soldiers and a civilian were also injured.

Meanwhile, there were also reports of clashes between stone pelting protesters and the security forces near the gunfight site despite authorities announcing curfew-like restrictions in the area.

As a precautionary measure, authorities have suspended mobile Internet services in Pulwama.

Mobile internet speed has also been brought down in Srinagar city to prevent uploading of inflammatory pictures and posts.