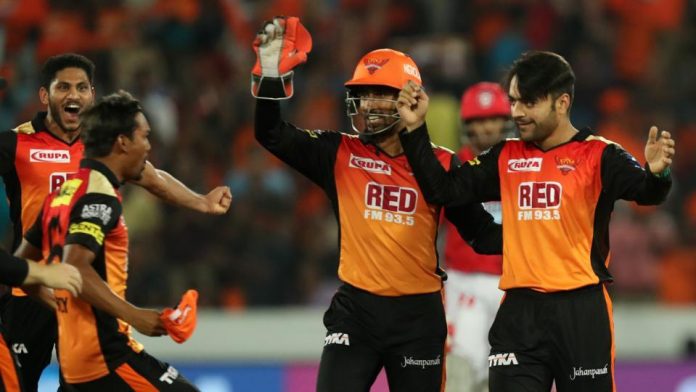 Sunrisers broke Chennai Super Kings’ winning streak, and secured a vital victory after three losses on the trot, with a six-wicket win at the Rajiv Gandhi International Stadium earlier in the week.

With the bat, it was Jonny Bairstow and David Warner show once again as the pair guided the team to a facile victory by sharing a 66-run stand for the first wicket.

Placed fifth, a rung below KKR, in the points table, Sunrisers will take on an opponent low of confidence after a string of four losses in a row.

KKR, who lost to Royal Challengers Bangalore by 10 runs on Friday night, have looked out of sorts in their recent meetings at home with their middle order not showing up and the over reliance on Andre Russell now becoming a cause of worry.

Chasing a stiff 214 for victory, Andre Russell smashed a typical 25-ball 65 with Nitish Rana scoring an unbeaten 46-ball 85.A

But in the middle overs, after KKR had lost the first three wickets inside the powerplay, Robin Uthappa and Rana stumbled along, accumulating just 46 off 41 balls in a partnership that had Russell fuming in the dugout.

Skipper Dinesh Karthik, who recently trumped Rishabh Pant to make the 15-member World Cup squad, has also been out of form. Russell, at the post match press conference, said he should bat higher up the order when KKR are in those situations, and it remains to be seen now what the think tank does against Sunrisers.

KKR’s bowling, which is traditionally dependant on spin, have also looked colourless with India star spinner Kuldeep Yadav going for 59 runs on Friday.A

On Sunday, it will be also be Rashid against Russell as the latter hasn’t had so much success against the turning ball.

In their last meeting at the Eden Gardens, KKR won by six wickets with Russell smashing a 19-ball 49 chasing 182.