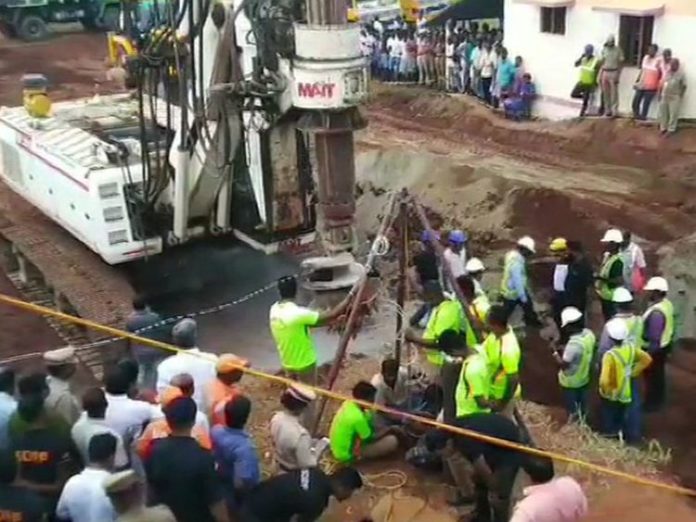 Chennai:  The body of the 2-year-old boy Sujith Wilson trapped in an abandoned borewell in Nadukattupatti village in Tamil Nadu’s Tiruchirappalli district was taken out on early Tuesday after over 80-hours of rescue efforts.

The boy fell into the borewell around 5.30 p.m. on Friday and got stuck at 30 feet and rescue efforts began soon after that.

Later that night, he fell further down to about 90 feet.

The body that started decomposing was taken out and sent for postmortem.

According to officials, the borwell, and also the hole drilled near it to rescue the boy, will be closed soon.

Initially, earthmoving equipment was pressed into service to dig a pit near the borewell to reach the boy. But, it was stopped midway as the terrain was rocky. Besides, it was felt that this process could cause vibrations that may loosen the soil inside the borewell, thereby slipping the boy further down.

Later, the rescue team used a special equipment ‘borewell robot’. But that too was not successful.