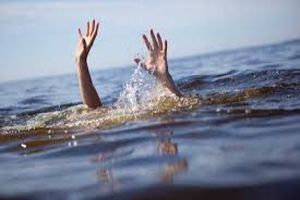 Bhatkal: Two youth drowned into a river in Shiroor village near Bhatkal, when a group of seven friends had gone for a picnic on September 2.

The deceased have been identified as Raju Satish Naik (35) and Zameer Imam Shaikh (22), both residents of Kargadde in Bhatkal.

According to sources, on September 2, a group of seven friends had gone for a weekend party and were having a good time at the banks of the river. Later, one Raju went swimming in the river. After sometime Raju suddenly drowned. Zameer who saw Raju struggling to stay afloat rushed to help him. Sadly Zameer too drowned.

As the news spread, hundreds of youth from Bhatkal rushed to the spot to search for the drowned persons. Some of the youth from Shiroor too arrived and tried to find Raju and Zameer. With the help of the Byndoor police, both the bodies were retrieved.

The bodies were sent to the Byndoor Government hospital for post-mortem.

A case has been registered in the Byndoor police station.