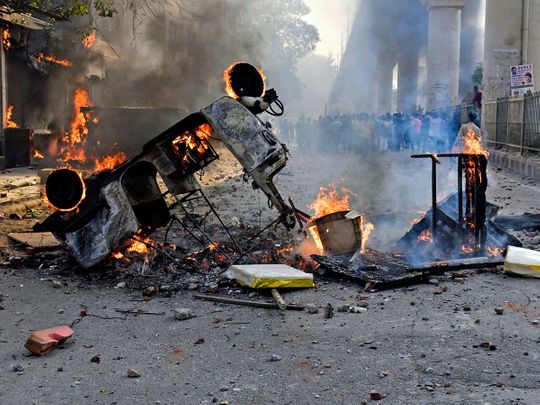 New Delhi: Addressing a press conference on Tuesday after three days of violence, Delhi Police spokesperson ACP Mandeep Singh Randhawa confirmed that 186 people have been injured while 10 have died in the violence in northeast Delhi which erupted on Sunday.

Randhawa also claimed that the situation is under control in Jaffrabad, Gokulpuri, Maujpur areas as the police and government are alert and security has been beefed up in the areas.

He said that of 186 injured, 56 are policemen and condition of DCP Amit Sharma and Gokulpuri ACP, who are under treatment, is critical.

He also denied media reports which said that the Delhi Police don’t have enough police personnel to tackle the situation.

He said that as of now 11 FIRs have been registered in this regard and several arrests have been made.

Additional police forces and paramilitary forces have been deployed while senior Delhi police officials are also present at the spot to tackle the situation.