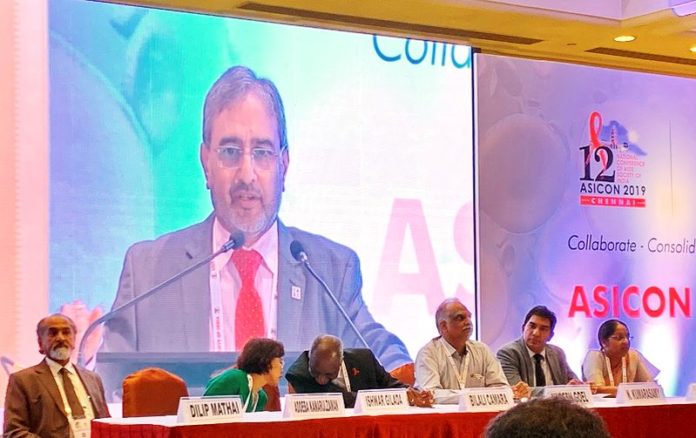 193 countries committed to deliver on the promises enshrined in the UN Sustainable Development Goals (SDGs), one of which is to end AIDS by 2030. Target to end AIDS by 2030 is also enlisted in India’s National Health Policy (NHP 2017). “Only 133 months are left to meet these targets. To end AIDS, we need to make U=U (undetectable equals untransmittable) a reality in the life of every person living with HIV” said Dr Ishwar Gilada, President of ASICON 2019, and President of AIDS Society of India (ASI), who is also on the Governing Council of the International AIDS Society (IAS). If a person living with HIV is on life-saving antiretroviral therapy (ART) and virally suppressed, then the risk of transmission is negligible.

“This means that 100% of the people living with HIV must know their status, 100% of them should be on life-saving antiretroviral therapy (ART), and 100% of them should be virally suppressed. We need to make U=U a reality for every person living with HIV and achieve zero new transmission of HIV if we are to deliver on the promise of ending AIDS in the next 11 years. ASICON 2019 will also deliberate on medical aspects of ending AIDS” added Dr Gilada, who established India’s first HIV clinic over 3 decades ago. He was speaking to CNS (Citizen News Service, www.citizen-news.org). 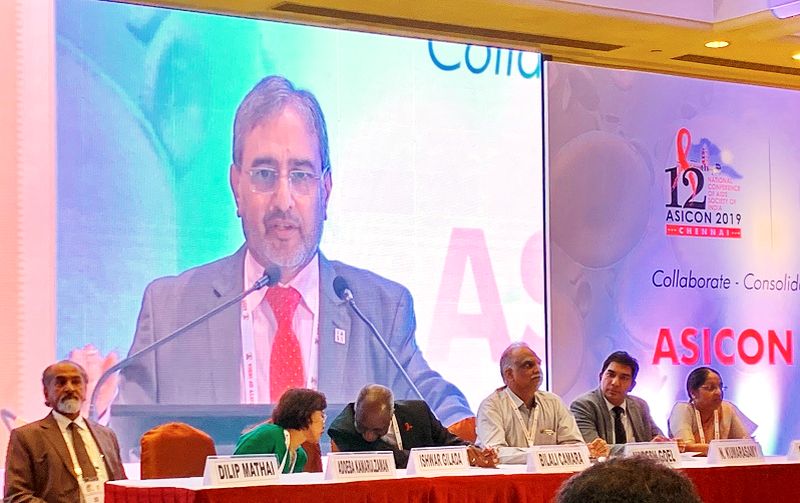 The 12th National Conference of AIDS Society of India (ASICON 2019) in Chennai, India, focusses on the theme of “Collaborate – Consolidate – Conquer”. This is the first time ASICON is being held in Tamil Nadu.

Dr Adeeba Kamarulzaman, Dean, Faculty of Medicine and Professor of Medicine and Infectious Diseases at the University of Malaya in Kuala Lumpur, Malaysia, is also the President-elect of International AIDS Society (IAS), said that since the beginning of the AIDS epidemic, 75 million people have been infected with HIV (equivalent to population of Turkey). She added that 32 million people have died of AIDS-related diseases (population size of Canada).

5.9 million people are living with HIV in Asia and the Pacific. Dr Adeeba Kamarulzaman underlined that Asia Pacific region is not on track to meet 2020 HIV targets. 2020 target is to have fewer than 90,000 new HIV infections by 2020 in the Asia Pacific region, but currently, there are 310,000 new HIV infections in the region. New infection rate has declined but is quite far off from the 2020 target, said Prof Adeeba Kamarulzaman. 2020 target to reduce AIDS deaths is also not on track.

“New HIV infections will escalate if we do “business as usual”. Focussing on key populations is vital. We see a reduction in people who use opioids, but increase in number of ATS (Amphetamine-type stimulants) users” stressed Prof Adeeba Kamarulzaman.

HIV is a concentrated epidemic in India, said Dr Naresh Goel of NACO. Female sex workers, men who have sex with men, transgender and Hijra, people who use drugs etc are key populations in the Indian context too.

As of 2017, India’s progress towards 90-90-90 target is yet to catch the pace to meet the 2020 targets: 79% of all people living with HIV were aware of their status, of these 71% were on ART (that is 55% of all people living with HIV), and the number of people who are virally suppressed is also increasing, although lagging behind from the 90-90-90 target.

Dr N Kumarasamy, Co-Chair of ASICON 2019, Secretary-General of ASI, and the Chief & Director of Infectious Diseases Medical Centre at Voluntary Health Services (VHS) Hospital in Chennai said: “After India adopted WHO‘s Test & Treat strategy as a national policy, the entire machinery has been gearing up to achieve the target of 90:90:90 by 2020. But we need to aspire to scale up the HIV care to reach not just 90% but 100% of people living with HIV. Several new Antiretroviral (ARV) molecules and ART combinations are available in current times, and this is changing the entire treatment paradigm. Treatment as prevention must be a norm, so that all people living with HIV get ART, due to which amount of virus in their blood will get reduced to undetectable levels, and their risk of transmitting HIV becomes negligible, making U=U (Undetectable = Untransmittable) a reality.”

Dr Susan Swindells, Professor, Department of Internal Medicine, University of Nebraska Medical Center, USA, said people living with HIV are more at risk of tuberculosis (TB), due to which, collaboration is key between HIV and TB programmes. This is also an area where Indian drug manufacturers have made a huge difference by co-formulating drugs so that people with TB and HIV have to take fewer drugs. TB is the biggest killer infectious disease globally.

Dr Susan Swindells called for stronger action on preventing TB. Latent TB (not active TB disease) progresses to active disease. Diagnosing and treating latent TB is key so that people with latent TB are not at risk of progressing to active TB disease. There are treatment options available for people with latent TB. Latest scientific research gives hope as treatment duration is being reduced to 3 months, and even 1-month therapy is being researched upon. Preventing TB is an important part of the end TB strategy.