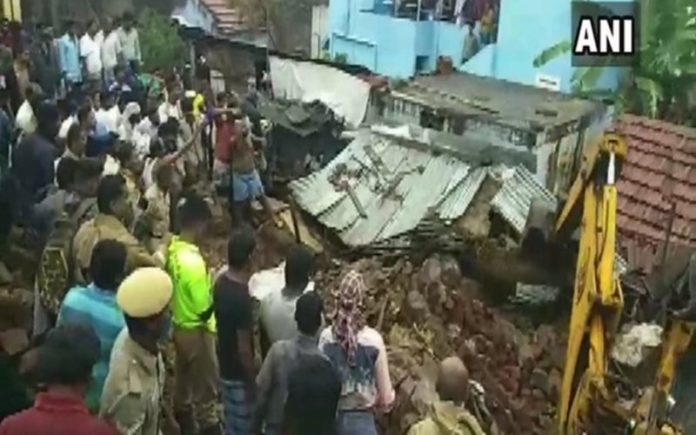 15 killed as wall collapses on houses in TN

Chennai: Fifteen people were killed on Monday when a wall collapsed on their houses near Coimbatore as torrential rains lashed Tamil Nadu, said police.

According to the police, at around 5.30 a.m., the 20-foot wall fell on four houses, resulting in their collapse and killing the victims while they were asleep.

Police and fire service officials removed the debris and recovered the bodies which have been sent for post-mortem.

Condolling the deaths, Chief Minister K. Palaniswami announced a financial assistance of Rs 4 lakhs each to the victims’ families.

Meanwhile, the state government has ordered the closure of schools in eight districts comprising Chennai, Tiruvallur, Thoothukudi, Cuddalore, Chengalpattu, Ramanathapuram, Kancheepuram and Ranipet due to the rains.