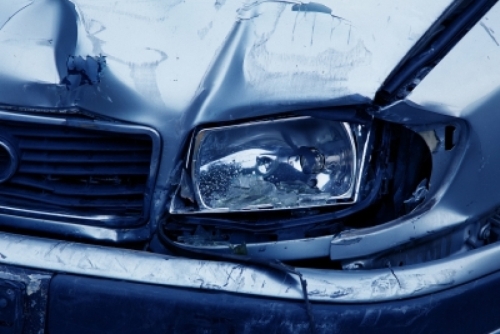 New Delhi: A young man and a woman were killed and two others were injured early on Sunday when their car hit an electric pole and railing at high speed in east Delhi’s Vivek Vihar area, police said.

The accident occurred at 5.40 a.m. at Surya Nagar. The driver, identified as Lakhshye, 22, was detained.

Police found the Honda City car in a damaged condition and the pole and railing uprooted from the road divider, Deputy Commissioner of Police Meghna Yadav said.

The car’s four other occupants were identified as Keshav, 21, a resident of Kamla Nagar, Prabhjot Singh, 18, from Malkaganj, Arshpreet, 19, from Haryana’s Sirsa, and Rubal, 20.

They were taken to GTB Hospital where Prabhjot and Rubal were declared dead, the officer added.

“Prabhjot Singh was pursuing graduation from correspondence in DU. He worked in a call centre co-owned by Lakhshye in Kamala Nagar. Rubal was a student of Daulat Ram College. She was a native of Sirsa and best friend of Arshpreet,” she added.

Keshav also works in the same call centre, she said.

“Arshpreet is a student of Vivekanand College in DU and stays in a flat at Dilshad Garden. It was Arshpreet’s birthday celebration on Saturday night. All the friends first assembled at his flat and had a party where they consumed liquor heavily the entire night,” she said.

“Later they all went for a joyride in Lakhshye’s car at 5 a.m. They also consumed liquor inside the car before it hit the divider, electric pole and signboards and turned turtle. Lakhshye who was at the wheel escaped major injury due to the airbag. He fled from the spot but later in the evening appeared before the investigators,” she added.

“Lakhshye also received minor injuries. Some liquor bottles and cigarette packets were recovered from inside the car,” the officer added.

“It appears that the driver was speeding and lost control of the car,” said a senior police officer.