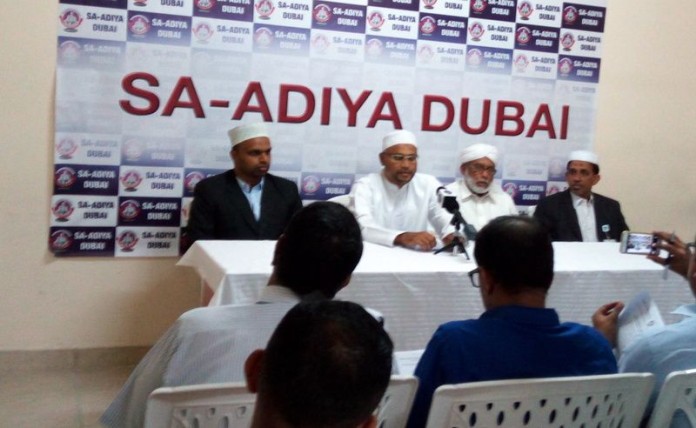 UAE: On the occasion of 20th anniversary of Dubai International Holy Quran Award, an arising young Islamic scholar from the southern part of India, Maulana NKM Shafee Sa’adi, will address a huge crowd on June 23 on the topic “Quran’s lessons for peaceful world” at Mahasin Indian Academy School.

Maulana Shafee Sa’adi is a young Islamic scholar, leader and social activist, who has been contributing to the society in every possible way. He is also the director of the Karnataka Waqf board and the state president of the Sunni Student Federation.

His contribution towards education to young generation is commendable. He is the founder of Jamiya Sa’adiya Wing in South India, Bengaluru. He is a multilingual scholar who can deliver speeches in Kannada, Malayalam and Urdu.

It will be the first time in history that a Karnataka that a scholar delivers a speech on the occasion of the International Holy Quran Award function, that has been held for the last 19 years.

Dubai Jamiya Sa’adiya will be the official organisers and promoters for this particular event. Sayyad Fazal Koyamma Thangal, Samastha Jamiyyathul Ulama scholars and a few Dubai officials will be the main guests for the evening.

ICF, KCF and RSC have joined their hands to promote the event and their official said that a minimum of 5000 people will gather on Friday evening. Special transport has been arranged from all across Dubai to the venue. Special seating arrangements will also be provided for family members and ladies.