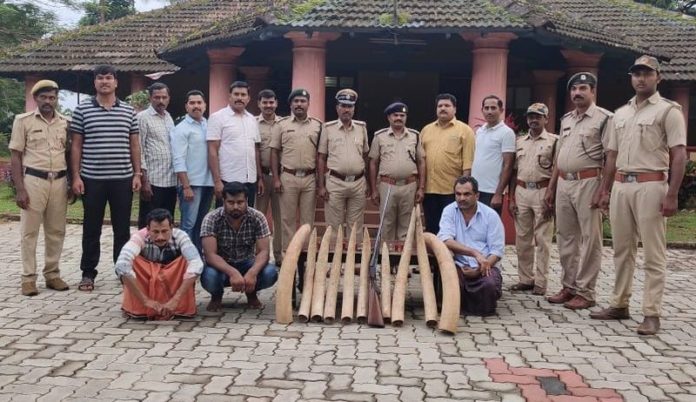 3 held for poaching elephants for tusks at Belthangady

Mangaluru (ANI): Three persons were arrested in connection with poaching elephants for their tusks near Surya Road in Belthangady taluk, Karnataka police said. 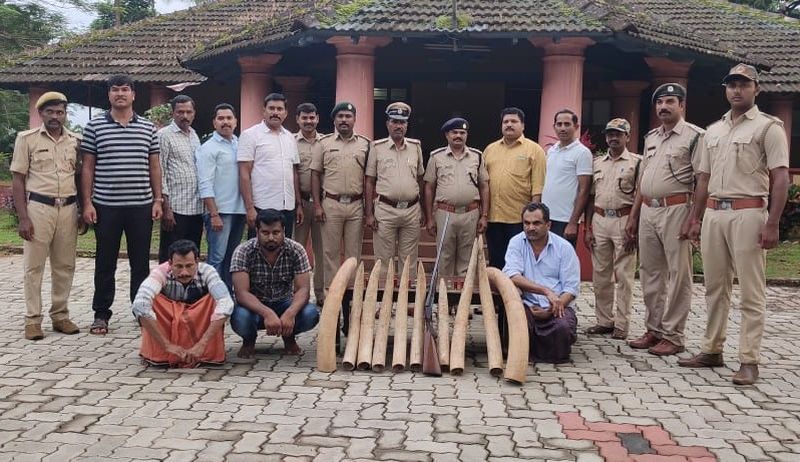 The arrested persons have been identified as Abraham, Anwar and Suresh.

Acting on the tip-off, teams of forest officials and Belthangadi police station in Dakshina Kannada district nabbed the accused on Wednesday and seized five pairs of ivory.

As per police, they have been booked under the Wildlife Protection Act.