Mangaluru: To mark the 73rd Independence Day, the Mangalore Bicycle Club organised a ride along with Cycling Buddies on August 15. Around 35 cyclists assembled in front of Mangalore City Corporation at 7:00 am. The president of MbC Dijaraj Nair welcomed and introduced the Chief Guest Retired Colonel Sharath Bhandary (Retired) to the group of riders. He also briefed about the club and its initiatives on national, social and environmental causes over the last 8 years. Colonel Sharath Bhandary addressed the cyclists with his short and strong message and flagged off the ride.

Speaking in the occasion Sharath Bhandary said, “I am very delighted to see such a gathering early in the morning despite heavy rains. You are here to pay respect to the nation, freedom fighters who sacrificed their lives and the armed forces who are continuously defending our borders” 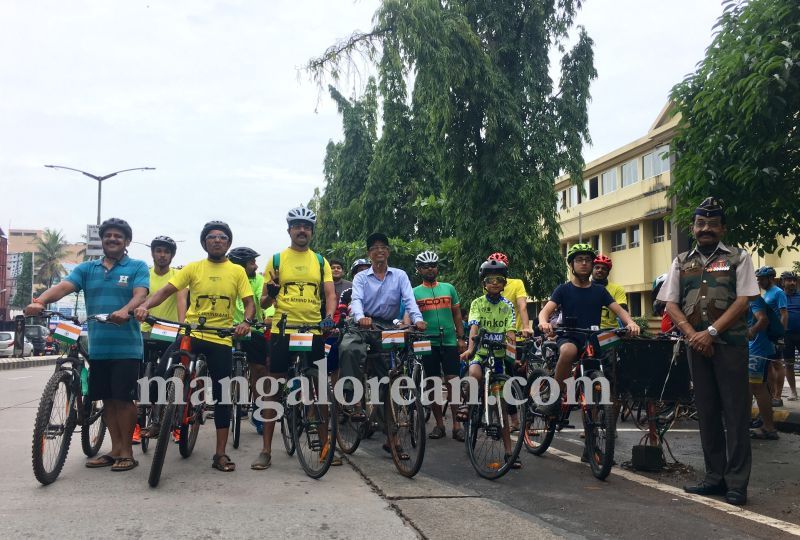 Colonel Sharath Bhandary stressed the responsibility of every citizen towards the development and security of the country. He was elated with the sight of bicycles adorned with the National flags. Respect to the nation should be a continuous process and it should not be in just displaying the flags, all citizens should ensure proper usage and disposal of the national flag. 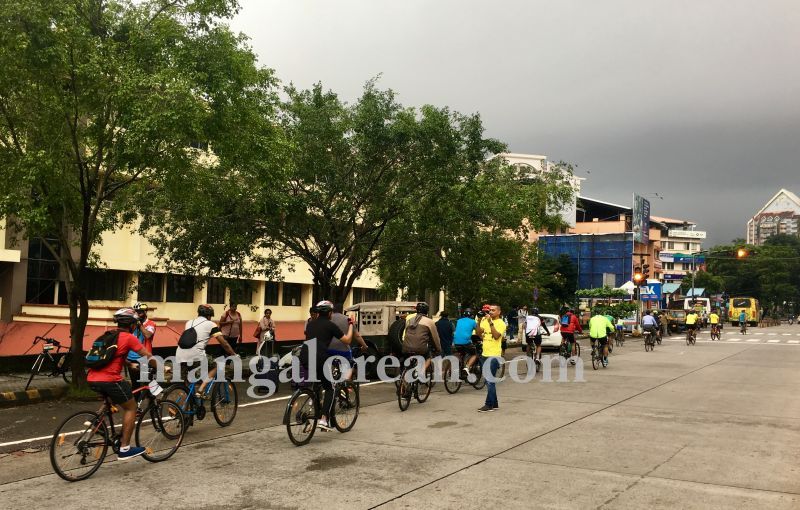 Colonel Sharath Bhandary advised the riders on the right ways of disposing of the national flags respectfully. As per the flag code of India 2002, one way of disposing the flag is by destroying it as a whole in private by burning it inconsistent with the dignity of the flag, second way is by burying it in the soil ensuring no one will walk over it any time maintaining the sanctity of the national flag. Once the ride was flagged off, the riders covered a distance of 15 km within the city limits and concluded the ride at Mangalore city corporation post breakfast. Youngest of the rider was 9-year-old and the oldest of the riding members was 66 years. The 66-year-old Pai has been using a conventional bicycle for his daily commutation for the past few decades and was extremely happy participating in the Mangalore Bicycle club event.

This ride was a memorable moment for all cyclists. Mangalore Bicycle Club pays tribute to all the Nation builders and national heroes who helped to secure independence in 1947 and to all the heroes of the Indian Armed Forces who have been protecting the citizens of the country by sacrificing their lives.