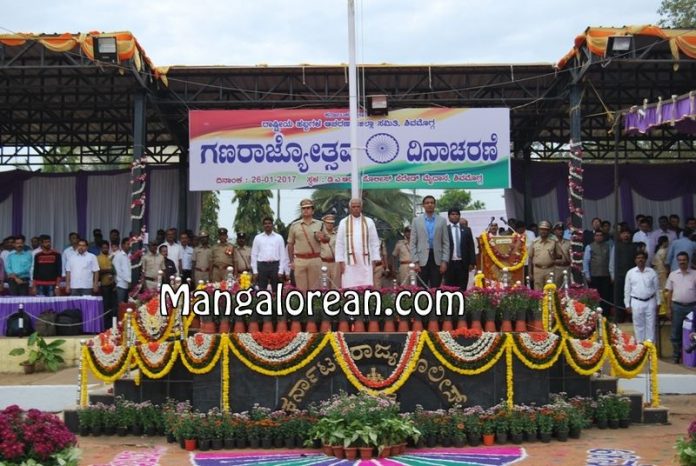 Shivamogga: The district administration celebrated the 68th Republic Day at the DAR police grounds, B H Road here on January 26.

District minister in charge Kagodu Timmappa hoisted the National flag on the occasion and received the guard of honour. He briefed on the various developmental projects initiated by the government in the district. Meanwhile, the state is facing drought which is of utmost concern, he said.

The celebration was followed by an attractive parade by the police force, NCC, Home guards, Forest Force, Student Police, Scouts and Guides and volunteers from different schools and colleges in the city.

Several achievers were recognized and felicitated on the occasion for their achievements in various fields such as social service, education, sports, literature, and others.