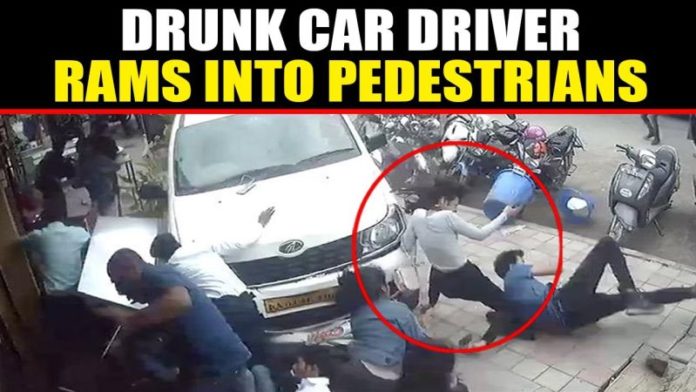 Bengaluru : A car rammed into pedestrians when the driver lost control of the wheel and drove onto a pavement at HSR Layout in Bengaluru on Sunday afternoon. There were no fatalities, but seven pedestrians were injured, said the police. The accident occurred in front of a hotel on 14th Cross, 7th Phase, at around 3 p.m.

The accident, which was captured in a CCTV camera, shows the car driving straight off the road and onto the busy footpath, knocking down pedestrians in its wake before coming to a halt. Two of the injured, identified as Goutham and Shankar, are in a serious condition, the police said, and added that the other five sustained minor injuries. 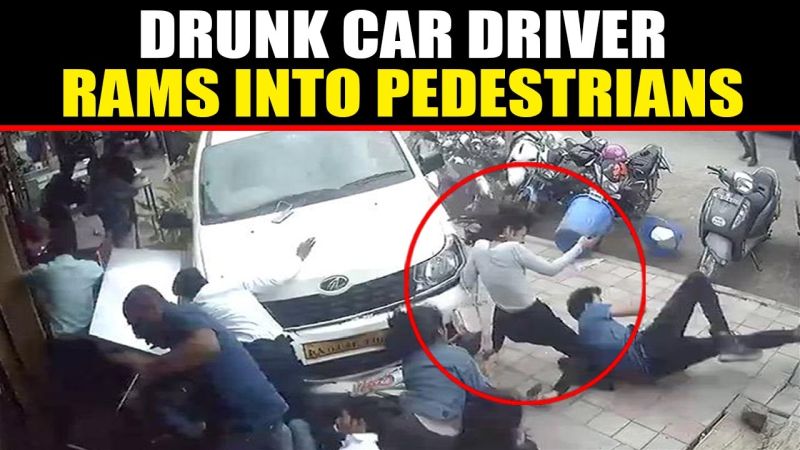 According to the police, the hotel was crowded and many people were waiting outside for their turn. Some of the injured people were passing by, said the police. The driver, identified as Rajendra, worked for a travel agency, and was allegedly inebriated. “He lost control and drove into the people outside the hotel. The front portion of the hotel was also damaged,” said a senior police officer.

Passers-by helped shift the injured to a hospital in the area, and alerted the police. They pulled out Rajendra from the car and thrashed him before handing him over to the police. “We arrested Rajendra, who has been booked for driving under the influence of alcohol and also for rash and dangerous driving,” said a police officer.