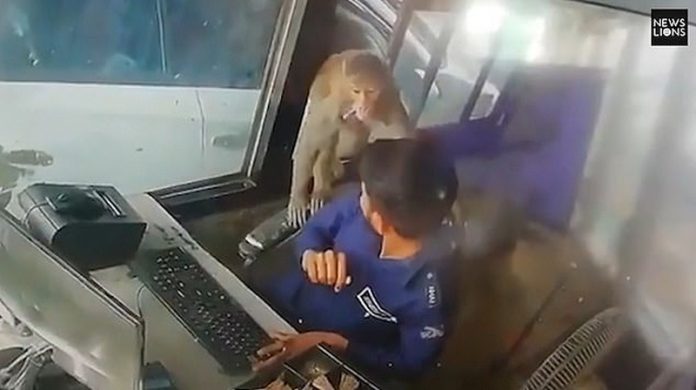 Cheeky monkey! Pillaging primate steals cash from a toll booth cash register after jumping from a car on to the operator’s shoulders

Uttar Pardesh (Daily mail) : This is the shocking moment a monkey leaps from a car in to a toll booth before stealing cash. 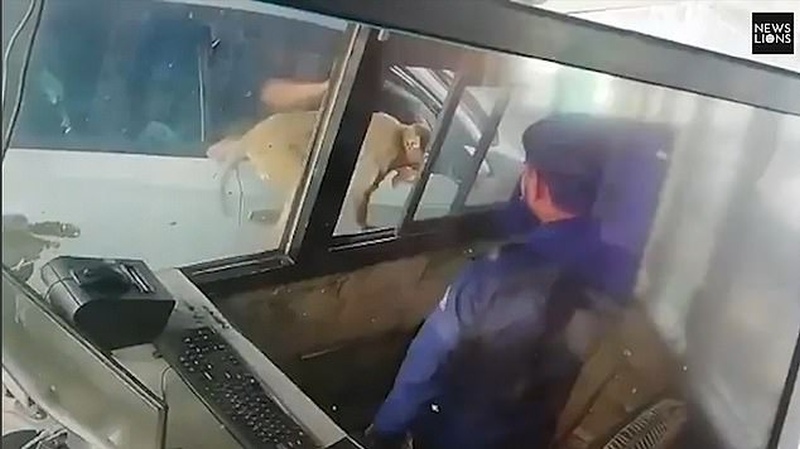 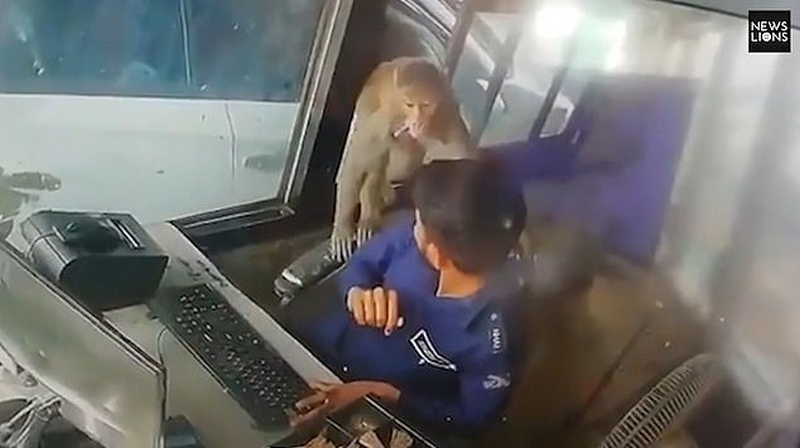 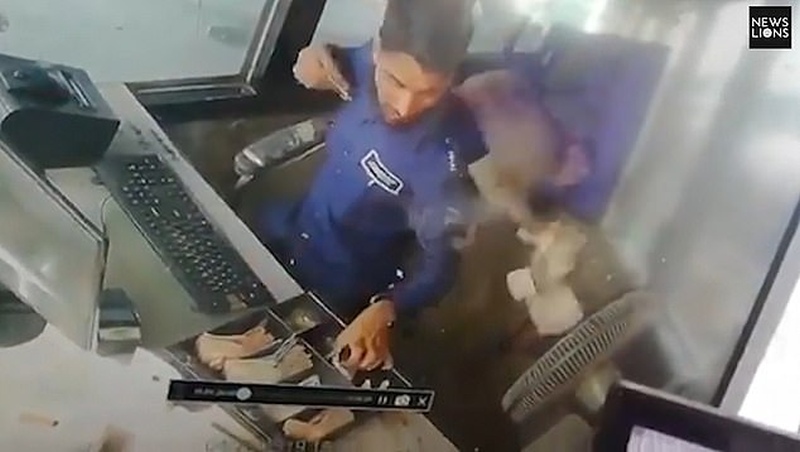 A confused toll booth operator is forced to put his arm up to protect himself when a monkey climbs on to his shoulders in Kanpur city of Uttar Pardesh state, India.

During the incident earlier today the toll worker prepares to serve the driver of a white car with his cash register left open.

But as he turns to take the toll money from the driver he is surprised by a monkey which jumps from the car in to his booth.

Putting his arm up to defend himself against the primate the monkey rests on his shoulders.

But as the toll worker laughs and takes the toll from the driver the monkey reaches around and snatches a wad of notes from the till.

Leaping back out of the window and in to the car with around Rs. 5,000 (£55) the worker looks shocked as he tries to grab the money back.

The monkey is trained to steal and a biker brought the monkey there to take the money from the till, according to reports.

Caught on CCTV, it is unknown whether the monkey got away with the money, but the video ends with the worker looking fairly helpless as the animal leaps away.

The tactic of using a monkey to carry out theft was seen in the 1996 film Dunston Checks In.

The film features an orangutan named Dunston who is forced to carry out burglaries by his owner Mr Rutledge.