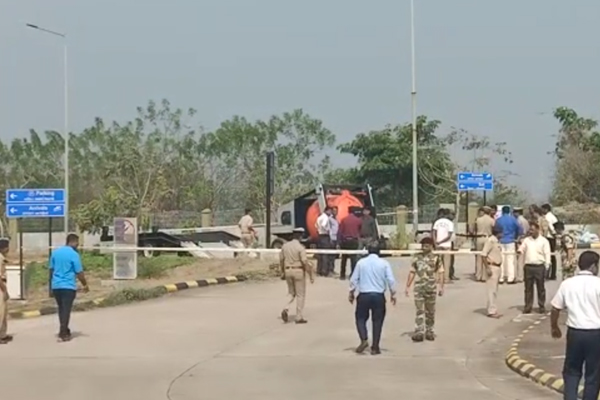 Mangaluru(One India): A suspicious unattended laptop bag containing IED was found abandoned at the Bajpe airport in Mangaluru on Monday. The bag was found kept in the rest area meant for the passengers outside the airport.

According to reports, two men came in auto and left the bag near the ticket counter, which is near the VIP vehicles parking area. The bag, which was lying unattended near the entrance of the airport was removed from the spot by the airport security personnel at 8.45 am.

Central Industrial Security Force (CISF) DIG Anil Pandey said, ”We have found traces of Improvised explosive device (IED) from a bag lying at the ticket counter at Mangaluru airport, we have safely evacuated it.”