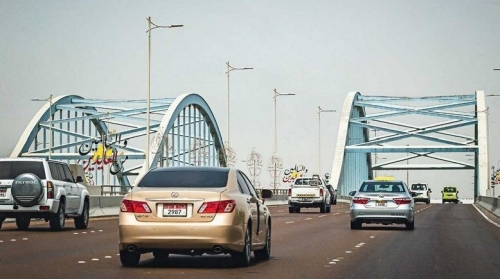 Abu Dhabi: For the past five months, Abu Dhabi residents knew toll gates were on their way. And as expected, the system will be covering all the four major roads of Abu Dhabi.

Even as many residents fume at the additional financial burden, they are willing to accept it if it will lead to a more efficient transport system, less traffic jams and accidents during peak hours.

Louis Kuriakose, who recently received the Gold Card, said residents should count the positives the new system may bring in the emirate.

“I landed here in 1986 and am grateful that so far there were no toll gates. Now, if the government decides to introduce such a system, there will be a reason behind it. All of us need to think about efficient use of transport. If there are four members in a family, they can just use one car instead of two or three. Of course, this will burn a hole in the pockets but if this will reduce traffic congestion and smooth passage on the roads,” Kuriakose, who runs metal fabrication business, said.

“The government will raise good money from this initiative and will surely pass on the benefit to the people in some form,” he added.

Vipin Prabhakaran, a sales manager, said the new system was a hot topic of discussion among his peers for a while now. “It’s good that the uncertainty is over. We all, especially in sales jobs, can now plan our monthly budget. I hope my company will cover my work-related toll fees. Apart from that, I will have to manage. I hope the toll system will also mean something good for the commoner. This will surely mean fewer cars on Abu Dhabi-Mussafah stretch during peak hours, which will reduce accidents and pollution, too.”

Faisal Moideen, a driver, said he will surely feel the pinch. “I am not sure if my company will pay. It’s a difficult situation. Unlike Dubai, there are no alternate routes to escape toll gates here. I still don’t know how many toll systems will be there on each road or how much the overall monthly bill will be. It all depends on the number of times I need to ply on a specific route. I hope there is some benchmark set as per salary category too,” he added.