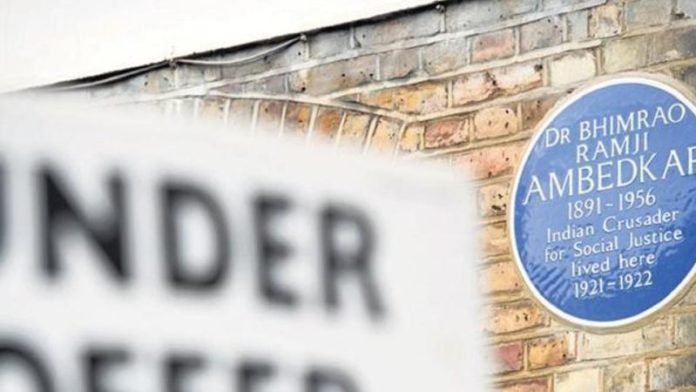 Mumbai: The house in north-west London where B R Ambedkar lived as a student in the 1920s may be closed as a museum next month following the decision of the local council to refuse permission for it to be converted into a museum.

Purchased by the Maharashtra government in September 2015 for 3.1 million pounds, the house – 10 King Henry’s Road – covers 2,550 sq feet over four storeys. It was inaugurated by Prime Minster Narendra Modi in November 2015.

The Maharashtra government is appealing against the Camden council’s decision through London-based solicitors. The appeal will come up for hearing by an independent planning inquiry on September 24.

A council spokesperson said on Wednesday that there are two main reasons given by its officer for refusing permission to use the property as a museum: “While the provision of a museum would accord with its planning policy, there would be a loss of residential floor space.”

“In terms of balancing the loss of residential floor space against the cultural benefits, there is nothing to suggest that an alternative site could not be found (Dr Ambedkar lived there for a comparatively short time).”

The decision states that the property “does not have permission to be used as a museum and must be returned to residential use”. Neighbours and residents have reportedly complained against noise and visits by large numbers of people to the house.

Managed through the Indian high commission, the Maharashtra government has converted the property into a museum, recreating Ambedkar’s bedroom and includes a statue, photo exhibition depicting his life and a library of books of his writings.

A blue plaque outside the house mentions Ambedkar living in the house while studying at the London School of Economics. He first visited LSE in 1916, returned in 1921 and submitted his doctoral thesis titled ‘The Problem of the Rupee’ in March 1923.