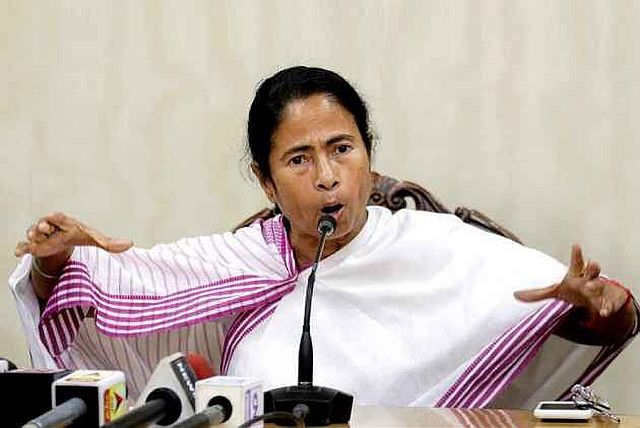 Another moniker for Indians – ‘Cutlery thieves’

It is a shame that Indian journalists accompanying Mamata Bannerjee the CM of West Bengal on an official trip to London to bring investments to West Bengal were stealing silver cutlery. This was caught on security cameras and was an embarrassment for the hosts as this was an official dinner for a VVIP guest from India. The behavior of the famed “Conscious keepers” and the “fourth pillar” of the largest democracy that is India is only reflective of the widespread deterioration of our values. One “Senior” journalist from India stealthily started this and it soon rubbed on to the other journos and most of them were polishing off the silver cutlery along with the delicacies.

After some discussions, the security staff very diplomatically spoke to each of the journalists and almost all of them promptly returned their loot except for one very senior journalist who tried to act smart. He denied having pocketed anything and volunteered for a body search. The security staff were quick to confront him with the CCTV footage in which he, very cleverly, was seen slipping the cutlery into his colleague’s bag without his knowledge. Left with no choice when told that he will be reported to the police, the journalist admitted his crime and paid a fine of 50 pounds. This may be a very small amount somewhere around 4200 INR and may be the liquor bill of the journos footed by someone on a daily basis for small favors. But this will be remembered as a very shameful and disgraceful incident that the journalists have done in a foreign land. Cannot help but the next time when Indians are invited to any party in any country anywhere in the world, the first thing the host will look for is, whether all the cutlery pieces are intact.

It is often said that “what Bengal does today, India follows tomorrow”, but Bengal has left India behind today on this, and this is not something worth emulating. What these rogue press corps have done may not be representative of the entire class, but at the same time, it cannot be dismissed as an isolated incident. But one thing is certain what these rogues have done today is nothing new and has been done in much larger scales by some journalists and media syndicates in the corridors of power in Delhi for ages. The ones in Delhi are not small time cutlery thieves but dacoits disguised as journalists who are in money laundering, indulge in income tax evasion, business of Television channels and mega format departmental stores. In short, the small time cutlery thieves have a long way to go to catch up with their elder brothers.

There is a saying in Bangla saying “churividyamahavidya, jodinaporodhora” (theft is a great art, if you can avoid getting caught) and this time the journalist has been caught stealing and it is our duty to expose them to you.

Acknowledgement: This is a transcript of a video report in Hindi by Vinod Dua from thewire.in Jan Gan Man Ki Baat’ Episode 179. This transcript is not verbatim.

The original report is available on the internet at:
https://www.youtube.com/watch?v=Xxu0OeofUes&t=308s

The picture in this article is for representative purpose only.

Sudhir Naik who played just one test match against England in 1974 was caught by the store detectives at Mark and Spencer in London. Apparently he stole 2 pairs of Sox. It is believed that Gavaskar advised him to plead guilty while NaiK was saying he was innocent.
Our guys have this habit of klepto tendency. Didi will find it difficult to face the insult and humiliation.