Belagavi: The who’s who of the state Congress, joined by hundreds of party workers, on Monday took out a protest rally in the city, condemning the apathy of the state and Central governments in providing relief to the flood-affected in north Karnataka districts. 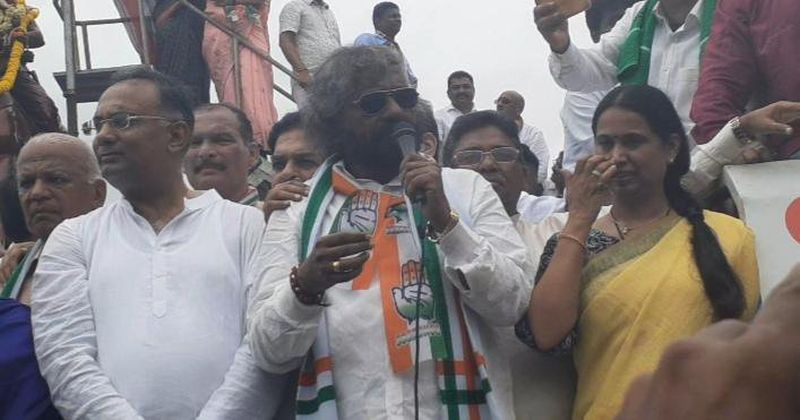 The agitators took out a procession from Sangolli Rayanna Circle to Rani Chennamma Circle, raising slogans against Prime Minister Narendra Modi and Chief Minister B S Yediyurappa. The Congress leaders also sounded the poll bugle on the occasion, urging the people to teach a lesson to the BJP in the upcoming bypolls to Gokak, Athani and Kagwad in the district.

Congress Legislature Party leader Siddaramaiah took a dig at the central and state governments for leaving the flood victims to fend for themselves. He threatened to launch a civil disobedience campaign, if the ruling BJP fails to release relief funds for the flood victims.

“It has been close to two months since the devastating flood hit the Krishna basin districts and other parts of Karnataka, the Centre, for some reasons, has not made up its mind to release funds for relief and restoration of the affected areas,” the CLP leader charged.

Siddaramaiah said, “Union ministers Amit Shah and Nirmala Sitharaman conducted aerial surveys of the flood-affected areas, but nothing has come out of it.” 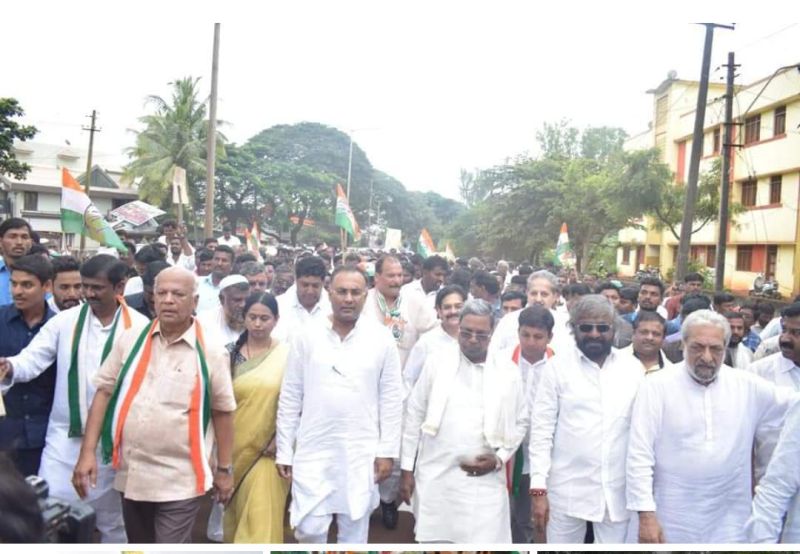 “If the B S Yediyurappa-led BJP government is not able to provide good governance, let them step down. We will address the people’s woes,” the Congress leader said.

He said, the state government should hold the winter session of the state legislature in Belagavi itself. “If it (session) is moved to Bengaluru, it would be a gross injustice to the people of north Karnataka.” 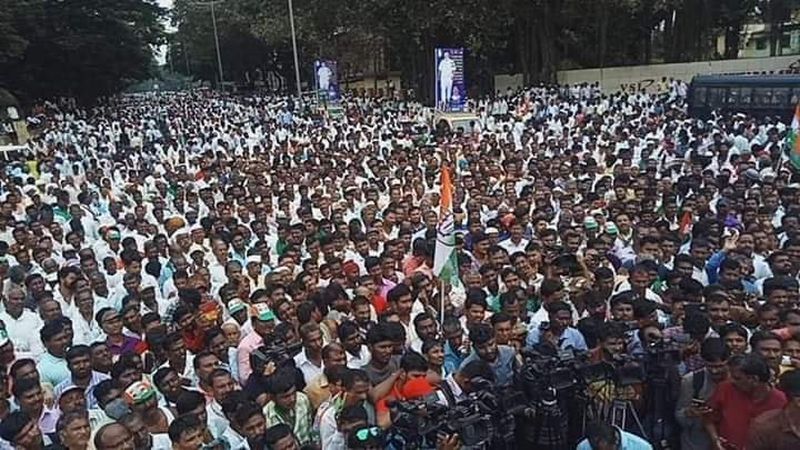 Eshwarappa, during his visit to Belagavi, last month, had told the victims that the state government had already given the affected Rs 10,000 and that’s more than enough. MP Tejasvi Surya had said, there’s no need for seeking central aid for flood relief.