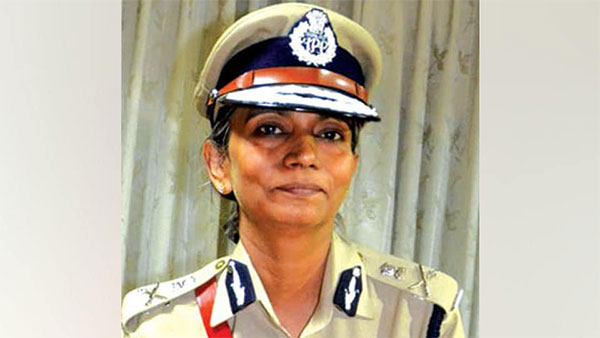 It was a hoax call, 65-year-old lorry driver arrested

Bengaluru Rural SP: It was a hoax call, the 65-year-old lorry driver, Sundara Murthy, a retired Army personnel has been arrested for making the call. (ANI) 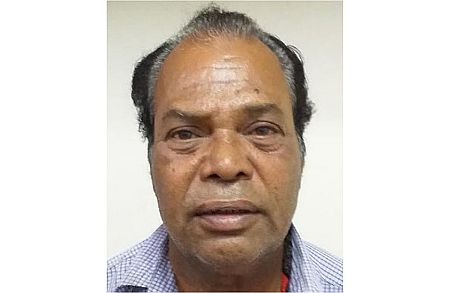 Bengaluru(ANI) : Karnataka DG-IGP Neelmani N Raju on Friday wrote to her counterparts in six states and an Union Territory after receiving a warning of terror attacks. 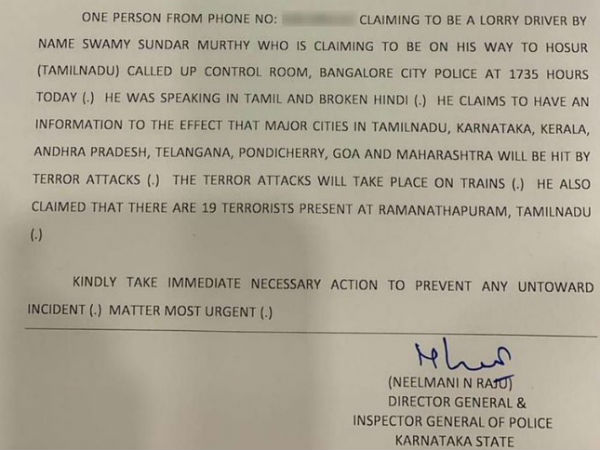 According to the letter by Raju, she received an anonymous phone call, in which the caller, a man, claimed to have information about terror attacks in cities in Tamil Nadu, Karnataka, Kerala, Andhra, Telangana, Puducherry, Goa and Maharashtra.

The caller according to the Karnataka DG-IGP, further claimed that the attacks will take place in trains.

The letter by the Karnataka police official also intimated the presence of 19 terrorists in Tamil Nadu’s Ramanathapuram.

The Karnataka DG also alerted her counterparts, asking them to take immediate necessary action to prevent any untoward incident.