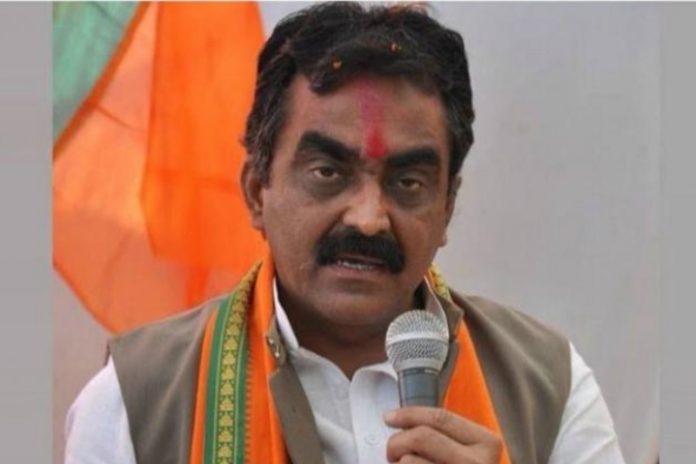 New Delhi: BJP state president for Madhya Pradesh Rakesh Singh at a public meeting said that people who wear saffron can never be terrorist and that terrorism is a symbol of love, penance and sacrifice.

“Saffron is not terrorism. Those who adorn saffron are not terrorists. Terrorism is a symbol of love, penance, and sacrifice,” Singh said.

The BJP state president made these remarks during his addressing at a public meeting in support of BJP’s Bhopal candidate Pragya Singh Thakur.

He also took the opportunity to slam Congress candidate from Bhopal, Digvijaya Singh, saying that when elections close in a leader like him start visiting temples to woo Hindus.

Pragya Thakur is a prime accused in the 2008 Malegaon blasts that led to the death of six people and wounded over a 100. She has been fielded by the BJP from Bhopal to take on senior Congress leader Digvijaya Singh.

Her candidature is being seen as an attempt to further polarise the election. She is currently out on bail on health grounds.

A special NIA court on Wednesday declined to bar the Malegaon Blast accused from contesting the Lok Sabha election, saying it does not have the power to do so and the decision should be taken by the Election Commission.

Nisar Bilal, whose son Sayyed Ahmed had died in the terror attack, had moved the court last week, urging the court to stop her from contesting as the trial against her is still pending.